Godolphin filly Calaverite did the honours with a half-length win on debut in the LR Gimcrack Stakes (1000m) on Saturday.  She is from Gold Rocks who kick-started Oratorio’s first crop with a Group 2 victory in the 2009 Karrakatta Plate.

Calaverite (2f Lonhro – Gold Rocks by Oratorio) powered home to defeat her stablemate Igraine in Sydney’s opening two-year-old race of the season.  “Her work had been top class,” trainer John O’Shea said.  “The biggest thing was getting her here fit and healthy.”

Gold Rocks was exported to New Zealand last year and her second foal is a yearling filly by So You Think.

Oratorio is a son of Stravinsky who has carved out a successful career as a damsire.  His mares have foaled the likes of Lankan Rupee, Rip Van Winkle and Mosheen.

Oratorio has claimed four of the last six WA 2YO titles and he is standing for a $16,500 (inc gst) service fee at Mungrup Stud this year. 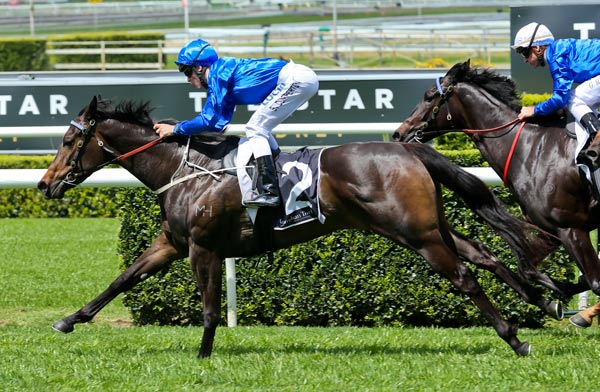