Regal Gleam (2f Alfred Nobel – Darntime by Danetime) is a precocious August foal and won a 400m hit-out by three quarters of a length from Sweet Demi.  The runner-up is by Taunton Vale freshman Demerit.

Alfred Nobel (Ire) has sired 6 winners from his first northern crop conceived at Coolmore Stud’s Irish headquarters.  He didn’t shuttle to Lynward Park this year but will return to WA for the 2015 southern season.

Regal Gleam failed to reach a $50,000 reserve at the 2014 Perth Magic Millions.  She is the first living foal from Darntime who won four sprints in Perth.  The mare has a yearling colt by Alfred Nobel and she foaled a Trade Fair colt in August.

Vital Equine youngster Snatch ‘N’ Grab won the other juvenile trial at Belmont on Monday morning.  The gelding is trained by Jesse Byrne and is the final foal from Red Ransom mare Rossi Bessi.  He cost $30,000 from Touchstone Farm at the 2014 Perth Magic Millions. 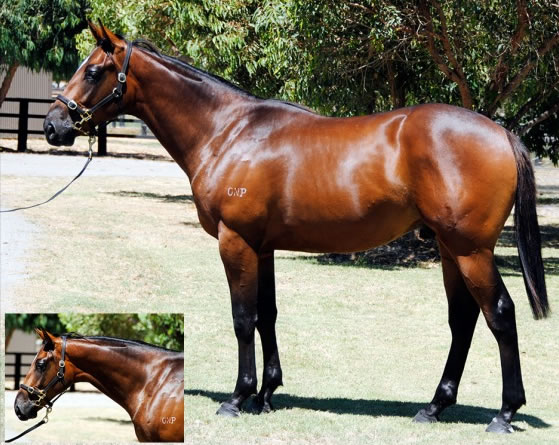