The Peter Ho trained galloper claimed the Fu Tai Hcp (1800m) when racing for just the second time this season.  He had won twice over 2000 metres at Sha Tin last year.

Smart Guy (6g Lucky Unicorn – Dawn Run by Sir Tristram) is a half-brother to stakes winners Beat The Fade(Maroof) and Dawn Till Dusk (Manntari) and was trained by Bruce Wallace before transferring to Hong Kong.

Originally racing as Pat’s Trick, he had won an Ellerslie juvenile prompting the agents to come calling.

Smart Guy continued the amazing start to the season by jockey Joao Moreira on Wednesday.  The Brazilian has piloted 20 winners in 9 meetings to date.  “Once he put that good first-up run on the board behind Perfect Triumph, it was simply a case of booking the star rider,” Ho claimed.  “We planned around when we could get Joao and drawing gate one was a bonus.”

The Hong Kong result came just a week after Lucky Unicorn three-year-old Best Nine won on debut at Kranji.  Trainer Alwin Tan rated the gelding a galloper of “some potential” after he overcame a slow start and first-time nerves to salute in Singapore.

Back home in New Zealand, Lucky Unicorn stayer Silk Chardonnay continues her current campaign in the South Auckland Cup (2400m) at Ellerslie on Saturday.  The Karen Fursdon trained mare is a last-start winner at Matamata and is chasing a start in the New Zealand Cup (3200m) at Riccarton on November 15. 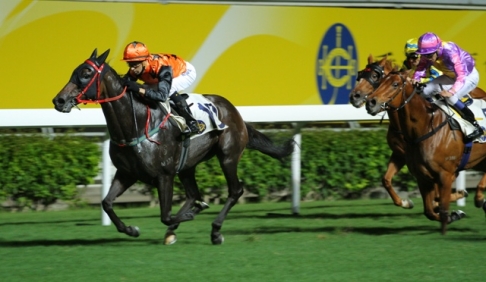