The 128th running of the Group 1 Railway Stakes at Ascot provided a fairytale result for prominent owner and breeder Bob Peters, as his mare Elite Belle proved too strong for her rivals in the feature mile event.

“This is the hardest race to win by a long way in WA,” Peters said on Saturday.  “We try every year; it took me about thirty years to win the first one with Old Comrade in 2001 and another 13 years to win this one.  You certainly need a hard, tough horse.”

Trained by Grant Williams, Elite Belle was superbly ridden by jockey Williams Pike after having to weave between runners before producing the mare with her devastating late sprint.

Peters sent his Marooned mare Mississippi Belle to Canny Lad in 2007, with the resultant foal being Elite Belle.  “I was always interested in sending the mare to Canny Lad, as I was keen to tap into the Star Kingdom blood with the hope that I would get a filly.

“The funny thing is that I wanted a broodmare yet got myself a racehorse.  Hopefully she will be as equally as good at that as she is on the track.”

From her 23 starts, Elite Belle has won 9 races with 8 placings and has earned $1.21 million in prizemoney.  Yet her record could have been better but for a lengthy break due to injury.

“She really was a great young filly.  But she strained a tendon and then had to have a year on the sidelines.  It is very unusual for a horse to come back from that type of injury, but that is what she has done.

“Her form this campaign has been very good.  She was beaten in the Lee Steere Stakes last start and even though it was not run to suit, she still produced the fastest final 600m of the race.

“If she comes through the race well, we will have to consider returning in a fortnight to contest the Kingston Town Classic over 1800m at weight for age.

“After that, we can think about other options, which may include a trip to the east coast next year.” 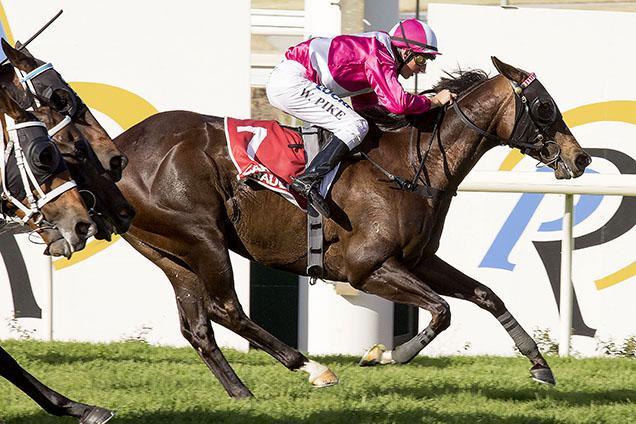