Divine Bay (3f Danehill Express – Lip Service by Marooned) scored a front-running victory in the Ned McPherson Maiden (1300m).  A homebred for Geisel Park owner Eddie Rigg, she was in commission at $5 after a Lark Hill trial win earlier this month.

Divine Bay is a daughter of Mungrup Stud sire Danehill Express and is a younger sister to stablemate Express Service who is an emergency for the G1 Railway Stakes at Ascot on Saturday.  If there are no withdrawals, he will revert to the Listed WA Carbine Club Stakes.

McAuliffe will also saddle up Fuchsia Bandana in the $1 million Railway, Furious Dame in the G2 WA Guineas and Rebelson in the LR Tattersalls Cup.

Divine Bay is a big filly and leg issues delayed the start to her career.  The G3 Lee-Steere Classic (1400m) at Ascot on December 7 was on the radar but she will need more time to recover before racing again.

Express Service registered the first stakes win for Danehill Express in the LR Challenge Stakes at Ascot in February last year.  He was bred and sold by Geisel Park for $42,000 at the 2011 Perth Magic Millions.  Rigg bought a share back post-sale.

The duo’s dam Lip Service won four races around Perth’s provincial circuit and she has a yearling filly by Mungrup champion Oratorio.

Earlier this week, The Danehill Rose turned the clock back almost three years to win the Plantagenet Sheds and Steel Hcp (1300m) at Mount Barker.

The Danehill Rose (5m Danehill Express – Rose Of Thunder by Metal Storm) had notched the first-ever win for her sire at Ascot in February 2012.  Now prepared by Paul Hunter in Albany, she is part-owned by former trainer Bob Macpherson and breeder John Molloy.

Her dam Rose of Thunder won the 2003 Perth Magic Millions 2YO Classic and she has a yearling colt by Danehill Express. 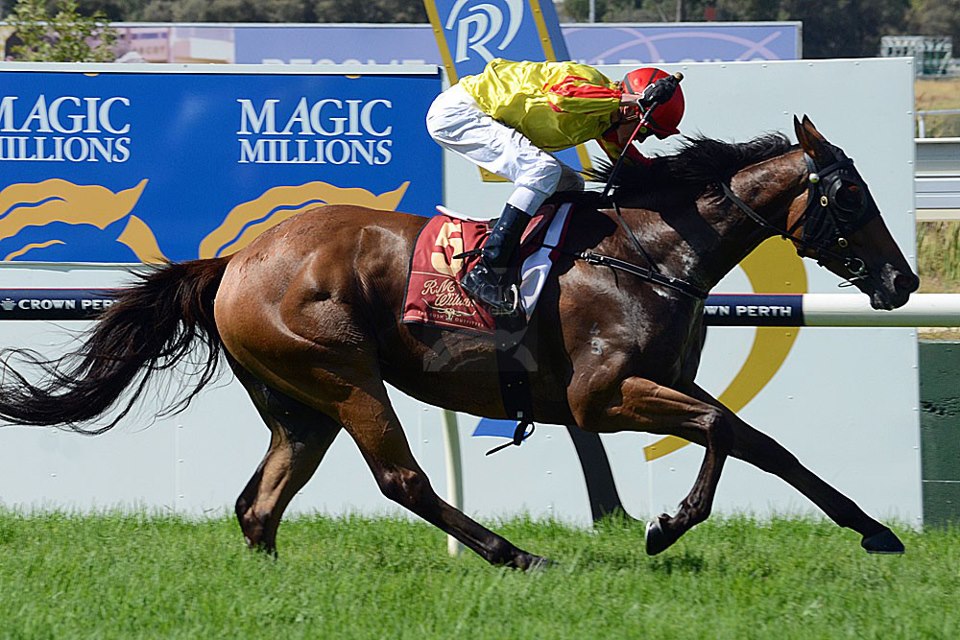