Pak Lok Angel is primed for a milestone victory in Macau after landing Heat 4 of the Gaming Show Cup (1500m) at Taipa.

The big, strong son of WA sire Lucky Unicorn has made rapid progress this year with four wins on turf and another on the all weather since breaking his maiden in March.  Raced by Lee Annie Angel, he was formerly trained by Gary Moore before transferring to Victor Chan.

Originally sold for $18,000 at the 2012 NZB Karaka yearling sale, he is the final foal of a winning half-sister to G3 Doomben Roses winner Natural Woman. 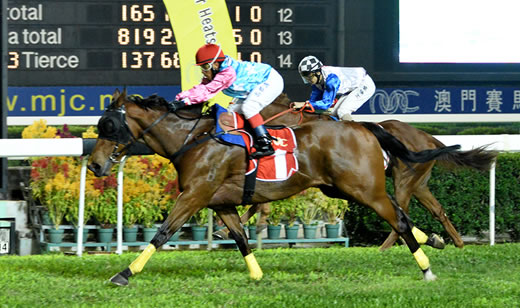