Toronado has joined the English National Stud roster and managing director Brian O’Rourke is upbeat about his prospects and that of its other Group 1 miler Dick Turpin.

“We remain dedicated to providing value for money and keeping our stallions competitive in the market,” O’Rourke said.  “Toronado is a truly magnificent looking horse and we’re sure he will be very popular.”

Toronado (High Chaparral) won the G1 Sussex Stakes at Goodwood as a three year-old for Sheikh Joaan Al Thani and returned this term for a scintillating victory in the G1 Queen Anne Stakes at Royal Ascot.

Dick Turpin, who shuttles from the English National Stud to Mungrup Stud, was also successful at Group 1 level as a three and four year-old at 1600 metres.  He was an explosive winner over Lope De Vega in the Prix Jean Prat at Chantilly at three and came back to defeat Cityscape in the G1 Premio Vittorio Di Capua in Milan.

“His first yearlings are really great-looking bunch; strong, well balanced and athletic with great temperaments,” O’Rourke explained.  “They achieved really strong prices and have gone to some of the industry’s best trainers so we expect great things from his two-year-olds next year.”

Dick Turpin’s first Sunspeed bred yearlings will be catalogued for the 2015 Perth Magic Millions in February.  He stands at Mungrup Stud for an $8,800 (inc gst) fee. 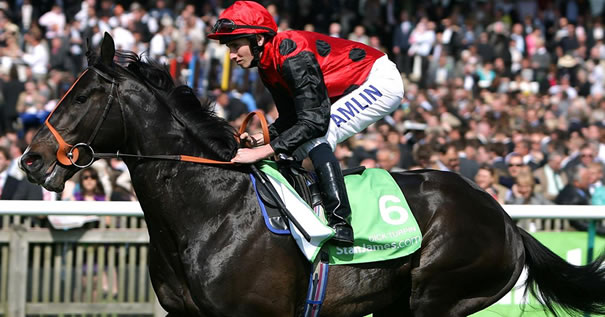