Emperor James (3g Not A Single Doubt – Our Chantilly by Snippets) commenced his career with an impressive victory for trainer Stephen Gray at Kranji.  His winning debut came just 24 hours after Mogumber graduate Castle Retreat won the Aperol Spritz Hcp at Ascot.

“When Emperor James walked into the sale-ring, he looked like a racehorse,” Gray recalled.  “We always knew he had ability and would run super but probably not win first-up.

“He was caught wide throughout but still fought all the way to the line.  He’s a good horse and can only improve from that first run.”

Emperor James is the second winner by Not A Single Doubt to emerge from Mogumber Park this season.  Its 2014 Magic Millions graduate Fremond won Perth’s first juvenile event of the season last month.

Winning jockey Craig Newitt said Emperor James had to do it the hard way.  “Every time I asked him for a challenge, he kept answering and found something.  I think we will see a lot more of this horse in the future.”

Castle Retreat (3g Oratorio – Clarecastle by Tribu) increased his earnings to $200,000 in prizemoney and Westspeed bonuses with a front-running victory on Saturday.  Trainer Paul Jordan has several summer carnival options with the talented sprinter who is raced by Harvey Crossman’s Lima Syndicate. 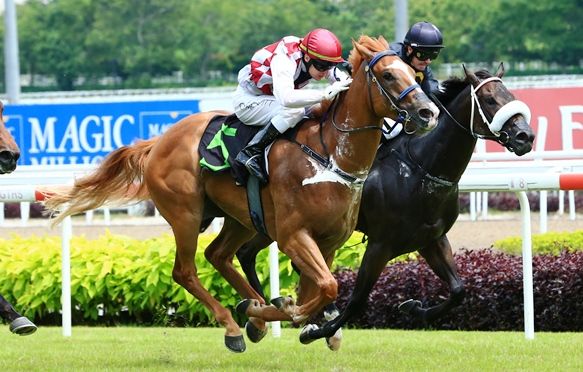