The Oratorio (Aus) gelding made it 3 wins from his last 4 starts at Ascot on Saturday and the price has kept improving from $5.50 to $7 to $8.  “His form has been impeccable and those odds are good stuff for the owners,” trainer Paul Jordan said.  “He was jog-trotting behind the leader and gave (Kim Excel) a hip-and-shoulder to get out.

“I always thought he was going to win.  Chris (Parnham) rode him perfectly and then went for home at the furlong.”

Castle Retreat (3g Oratorio – Clarecastle by Tribu) was bred and sold by Mogumber Park for $60,000 at the 2013 Perth Magic Millions and the Westspeed 3YO Hcp (1100m) increased his bank to $266,800 in prizemoney and Westspeed bonuses.

Saturday’s victory sent his sire Oratorio through the $1 million mark in earnings this season.  Mungrup Stud and its clients have catalogued 17 yearlings by Oratorio for the 2015 Perth Magic Millions in February. 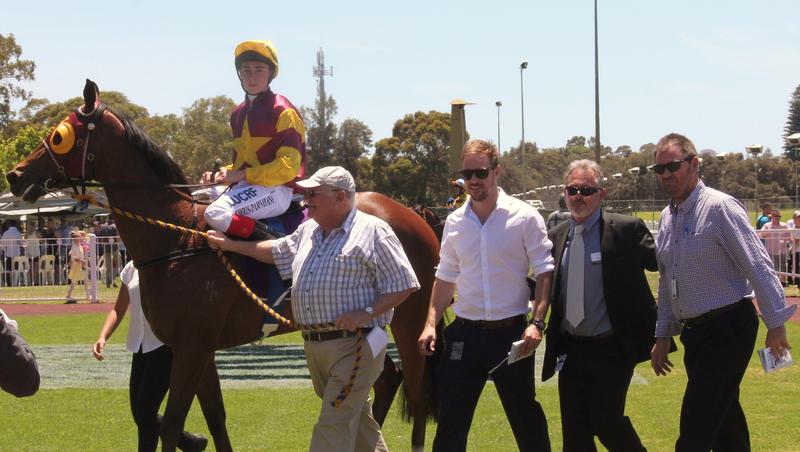