Dick Turpin’s second crop of foals were catalogued for the Tattersalls December Sale this week and among them was the younger half-brother to recent juvenile winner Royal Altitude.

The Tattersalls colt is the second foal of Royal Assent (Royal Applause) and was purchased by Oaks Farm owner Mark Dwyer for the equivalent of AUD 38,470.  He will likely tour the sale ring as a yearling in 2015.

Dwyer was a two-time winner of the Cheltenham Gold Cup aboard Forgive N Forget (1985) and Jodami (1993) before launching Oaks Farm in North Yorkshire.  He’s an astute pin-hooker buying and selling the likes of St Nicholas Abbey and Captain Rio.

Royal Altitude (Zamindar) will add more updates to the pedigree according to his trainer Chris Wall.  “He’s a colt with some promise and I am very pleased with him,” Wall said after a five-length victory at Wolverhampton in October.  “He will be put away and should develop into a nice horse for next season.”

Royal Altitude and his Dick Turpin half-brother are from the immediate family of Queen Elizabeth’s champion filly Highclere and her Group 1 sire grandsons Nayef, Nashwan and Unfuwain.

Dick Turpin (Ire) is finishing his latest shuttle season at Mungrup Stud before returning to the English National Stud.  His first southern-bred yearlings from the Great Southern farm are catalogued for the Perth Magic Millions in February and include; 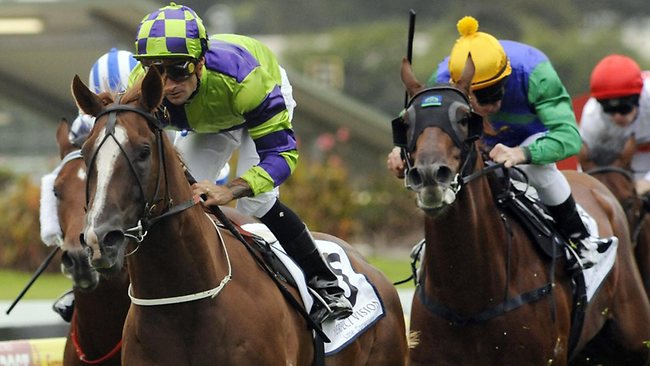