And rightly so, with Dick Turpin’s offspring warmly received by buyers in the United Kingdom.

Dick Turpin youngsters faced their first public scrutiny in the UK at the 2013 Tattersall’s December sale, where they were well received.  A draft of six yearlings sold at the Doncaster premier sale last August.  A filly from Whirley Dancer fetched top price of $61,270.  A colt from Duena reached $57,440.

At the Tattersall’s October sale, Dick Turpin yearlings were again sought after, with his top lots selling well.  Two colts from Mookhlesa and Valiantly sold for $134,028 each and a filly from Sovereign Abbey made $80,416.

Dick Turpin’s trainer Richard Hannon was among the buyers of the stallion’s stock, along with other notable trainers Charles Hills, Kevin Ryan and Richard Fahey.

Dick Turpin left last Thursday on his long journey back to the northern hemisphere, where he will again stand the National Stud before returning to WA next August.

The son of Arakan (Nureyev) will have 35 youngsters go under the hammer at Belmont Park with 29 of them being raised at Mungrup.

The Narrikup nursery will offer 42 lots, including yearlings by its other stallions Hala Bek and Danehill Express.

“We are super excited about the first Dick Turpins going to sale at Magic Millions in February,” Gray Williamson said.  “Dick Turpin has world-class credentials.  He’s the highest-rated stallion to ever begin his stud career in WA.

“His yearlings have been stamped by his quality and we expect them to be well received.”

One of the first Dick Turpin yearlings to go under the hammer will be Lot 31, a handsome filly who has the stamp of her sire, being a strong, well-balanced individual.  She is the fifth foal from the Beautiful Crown mare Just As Beautiful.

Leading trainer Dan Morton paid $120,000 for an Oratorio half-brother to the filly at last February’s sale.  The colt is named Janeiro but is unraced.

Just As Beautiful has produced the G2 Pago Pago Stakes winner Salade (Snitzel), who sold for $65,000 at the 2010 Perth sale.

Just As Beautiful, who was trained in Canberra, won twice and was third in the Black Opal Stakes.  She is a half-sister to Tropical Affair (Danehill), who won the LR Maribyrnong Trial and is the dam of G3 winners Matras (Zabeel) and Romantic Moon (More Than Ready).

Rebellious is by Key Business from Cold Fusion (Protos).  Unfortunately, she hasn’t had much luck at stud, having produced only two live foals, with her first being Freefoot (Oratorio), who is unraced.

Oratorio is currently second on the WA sires’ premiership behind Blackfriars.

Lot 9 is a filly from Full On Storm (Metal Storm).  Full On Storm is a half-sister to the brilliant sprinter Waratah’s Secret (Oratorio) and she is related to Blazing Saddles and Perfect Evening. 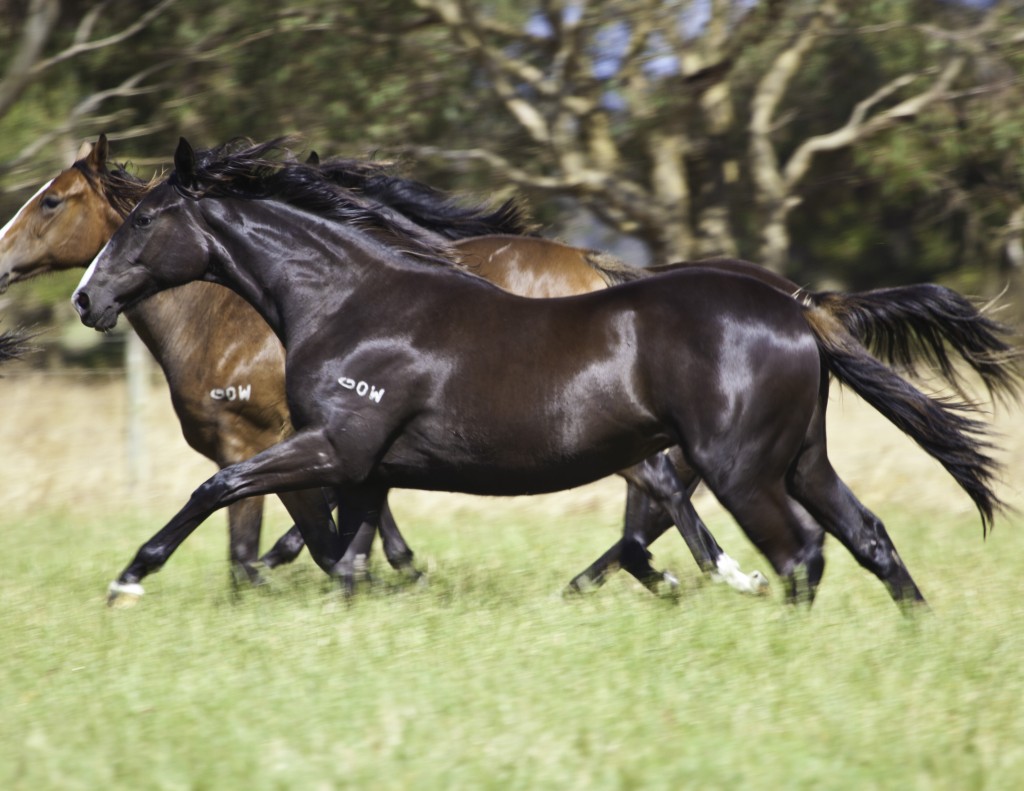