Sureasyouwereborn will target more cups after a courageous victory in the Otago Cup (2200m) on Friday.

Sureasyouwereborn (4m Lucky Unicorn – Grey Swallow by Pentire) didn’t settle in the early stages and jockey Kylie Williams allowed her to bowl to the lead.  She was pressured in front by Esprit D’Or at the half-mile and they were joined by Alpine Heights on the home turn.

The trio staged a stirring fight down the straight before Sureasyouwereborn lifted on the line to win by a half-head and a nose.

The New Zealand mare was bred by Jen Campin and is the first foal of Taranaki and Te Aroha winner Grey Swallow.

There’s a Sunspeed link through second-dam Yuleda who was a very successful racehorse and mare for south-west breeders John and Joan Blackburn.  She won the LR Sheila Gwynne Quality in 1989 and foaled 9 winners including New Kid In Town (LR Andrew Ramsden St) and the dam of Valentine Miss (G3 How Now St).

Silk Chardonnay won for the third time in her last four starts at Te Rapa last Saturday.  Her only recent defeat came when stretching out to 3200 metres in the NZ Cup.

The Karen Fursdon-trained mare won’t be out of place in races like the City Of Auckland Cup and Wellington Cup.

Rock Diva was third home at Ellerslie on Boxing Day and trainer Tony Pike will either back her up in the Dunstan Feeds Championship Final on January 1 or wait for the City Of Auckland Cup. 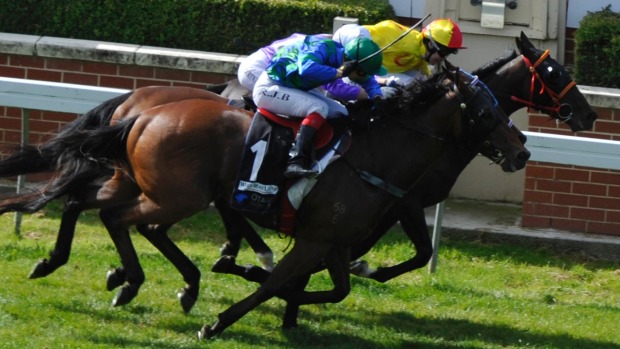