Daunting Approach pays off in Perth

Iron-horse Dawn Approach has maintained his superb start to the year with a front-running victory in the LR Miss Andretti Stakes (1200m) at Ascot.

Set a daunting task by trainer Vaughn Sigley, he completed a winning hat-trick in a fortnight starting at Ascot on January 10.  He followed up in the $100,000 Mungrup Stud Sprint at Mt Barker on January 18 before claiming his first black-type victory on Saturday.

“He always does his best – that’s all you want to see,” Sigley said.  “He’s only finished out of the money once and that was when he was shin-sore as a two-year-old.

“I was confident after he came back from Mt Barker – he just butters up and butters up.”

McAlister and his wife Birgitt operate Redwood Park in Serpentine.  They also own Irish bred stallion My Atacanta who has a 2yo half-sister to Dawn Approach named Delicate Miss. 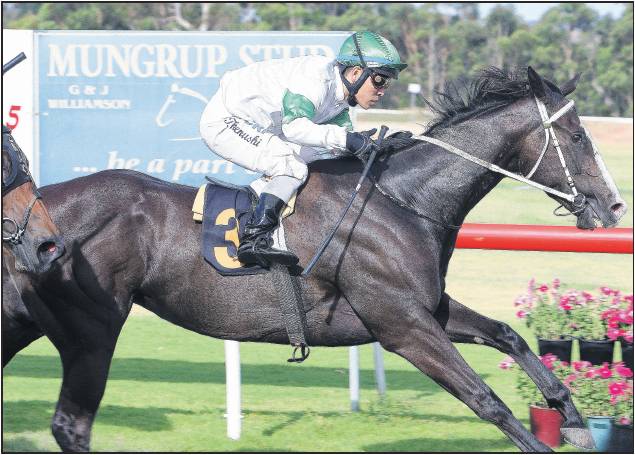