Roman Knows strikes back at Ascot

Roman Knows has broken back in to the winners list for owner-breeder Natasha Harrop-McGurk at Ascot.

Champion jockey William Pike sent him through a gap in the straight to score first-up in the Carlton Draught Hcp (1000m) on Saturday.  His last win was in the Batavia Sprint at Geraldton in April 2013.

Pike has a great strike-rate on the gelding winning 5 races in 6 rides for trainers Simon Miller and Russell Stewart.  “I’ve only had him since the start of the season but stats don’t lie,” Stewart said.  “Simon’s a mate and he told me the horse is always around the mark when right.

“I told ‘Tash’ we might go for another Batavia Sprint.”

Roman Knows (6g Mosayter – Escabelle by Danish Harmony) has won 9 races, including two hat-tricks, for $260,000 in prizemoney.  The family has generated numerous winners since Denis Butko brought his third-dam Superwheels (Holborn) to Western Australia in the 1970s.

Natasha Harrop-McGurk and her husband Neal race Roman Knows with Annabel Boyd, Pat Thirley, Simone Pizzuto and Nicole Maher.  They have his 2yo half-sister Diamond Of Lily (Universal Ruler) and a filly on the ground by Ouqba.

His sire Mosayter (Storm Cat) stood at Fairfields Stud and Waterford Stud before relocating to NSW in 2010.  The best of his progeny has been G1 Railway Stakes winner Mr Moet who has just been retired to embark on an equestrian career. 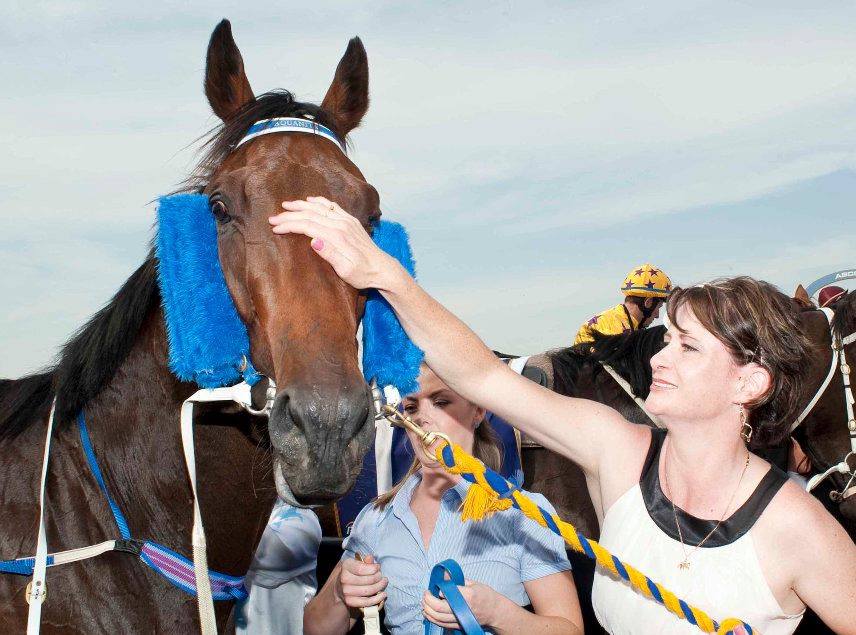