The Ben Pearce trained mare has been thereabouts in Ascot feature events since close seconds to Camporella in the 2013 Magic Millions 2YO Classic and LR Gimcrack Stakes.

She was also placed in the 2014 Magic Millions 3YO Trophy and was coming off a Listed placing behind Real Charm in the Starstruck Classic on December 20.

Vampi Lass (4m Bletchley Park – Stormvielle by Stormy’s Son) sold for $15,000 as part of Mungrup Stud’s draft at the 2012 Perth Magic Millions.  She has since earned $228,250 for a syndicate that includes Daniel Brine, Josh Dickson, Michael Holcombe and Jarrad Pearson.

“She was always travelling well and was strong on the line,” Pearce said after the win on New Year’s Day.  “It was a big effort to score at her first try over 1800 metres.

“She has been consistent in these sort of races and all she needed was a bit of luck.  She always deserved to win a black-type race and now she deserves a spell.”

Vampi Lass becomes the 29th stakes winner for former champion sire Bletchley Park.  She is a three-quarter sister to Lock The Vault who was runner-up in the 2005 G1 Kingston Town Stakes.  He later transferred to Hong Kong for a Group 3 victory in the Sha Tin Vase.

Mungrup welcomed a half-brother to Vampi Lass in August.  The colt is from the second southern crop of its Group 1 winning shuttler Dick Turpin. 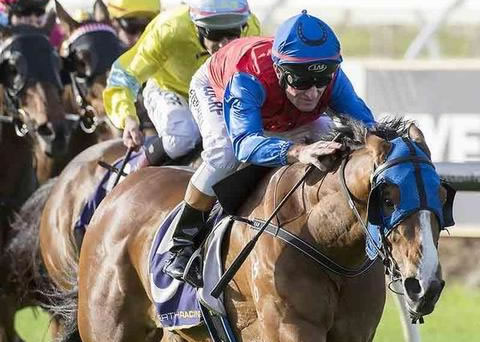