War Chant has taken all before him in Western Australia.

So it’s not hard to understand why a colt by the boom sire out of a Canny Lad mare will attract plenty of attention at the Magic Millions Perth yearling sale.

The colt (Lot 50) is set to be one of Geisel Park Stud’s headline acts at the auction, which kicks off at Belmont Park on February 17.  He is the first foal from Lucky You, an unraced half-sister to dual Melbourne Group 1 winner Desert Sky.

Yearlings by War Chant (Danzig) were hot commodities at last year’s Perth Sale and the results have been backed up on the track this season.  Ascot winners Chantski and Chanzig have led the charge for War Chant’s first southern hemisphere crop.

“What surprises me about the War Chants is they’re going as early two-year-olds.  What we’re seeing now is just the start of what he’s going to deliver.  Some of the best War Chants are coming to the track soon.”

A sister to Express Service and half-brother to Mr Vadim are also expected to lead the way for Geisel Park.

Rigg said the Oratorio – Lip Service filly (Lot 48) is a replica of her big brother Express Service, a winner of the Challenge Stakes, Coolgardie Cup and MM Perth 3YO Trophy.  “She’s a very strong filly.  She might not look big but when you stand next to her, she’s a very large horse,” Rigg said.  “We sent Lip Service to Oratorio hoping to get a filly – the Oratorio – Marooned cross is the best in WA.

“Motion Pictures, Clueless Angel, Peggie’s Louise and Mississippian are all from the cross and they’re all good winners.”

Lot 4 is a half-brother to Hannans Handicap winner Mr Vadim and The Social Network, by leading WA sire Blackfriars.  The dam, Femme D’Affaire, has produced five winners from her six foals to have raced.

“He’s out of a strong winning family,” Rigg said.  “This is a nicer type than some of the others in the family.  We’re looking forward to him.”

Geisel Park’s draft also features a War Chant filly out of Flaming Magic, a winning half-sister to Perth Cup winner Real Love.  Magic Millions inadvertently missed including the filly in the catalogue, so she will be offered as lot 217a. 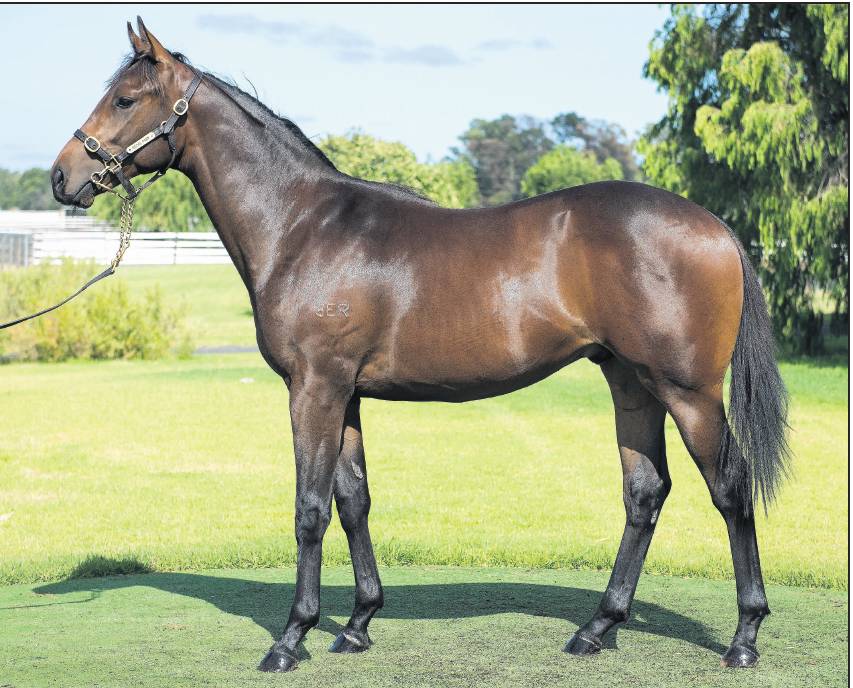