Moonsearch is heading in the right direction after losing his way during a winter prep last year.

The four year-old gelding ran down Moet Me and Bayatorio to win the Magic Millions Hcp (1400m) second-up at Ascot on Saturday.  “He had a few hiccups last campaign but is in good order now,” trainer Colin Webster said.  “The leader bias beat him first-up and we were confident with a good barrier today.

“He’s more than handy and you’ve got to be happy with a horse that wins on a Saturday.”

A son of Mungrup Stud sire Danehill Express, he has earned $133,400 for a partnership that includes Paz and Michelle Princi.  They are also in Webster’s three year-old Settler’s Creek who won three races at Ascot in November – December.

Moonsearch (4g Danehill Express – Moonmetal by Metal Storm) is from a sister to Mungrup Stud bred stakes winners Stormy’s Son and Storm Shot and sold for $25,000 at the 2012 Perth Magic Millions.

He was a juvenile winner at Bunbury and Ascot and resumed as a spring three year-old for a black-type placing in the LR Fairetha Stakes.  He then drew wide and came from last to finish sixth in the G2 WA Guineas – three lengths from Ihtsahymn.

Danehill Express has seven yearlings entered for the Perth Magic Millions and three carry the Metal Storm cross.  The first of them – Mungrup Stud’s colt from Indian Angel (Lot 26) – is a half-brother to four winners. 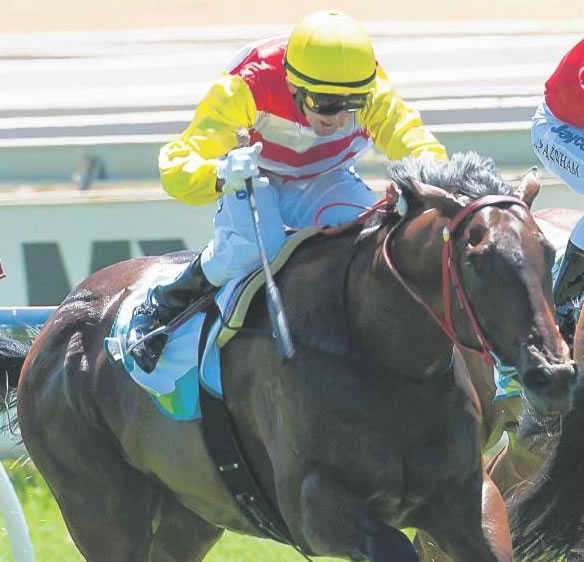