The Victorian trained gelding was never in danger on debut winning by more than three lengths from the local contingent. in Launceston.  He was kept safe at $4 by bookmakers after finishing second to LR Debutant Stakes winner Of The Brave in a Cranbourne trial a fortnight ago.

Gold Busker (2g Oratorio – Rory’s Song by Rory’s Jester) was eligible for the sales-related race having made $35,000 from Mungrup’s consignment at the 2014 Perth Magic Millions yearling sale.  He was purchased by Mark Riley and the Melbourne trainer was keen to buy after preparing his older half-brothers Gold In Dubai and Gold Rory.

Gold In Dubai (Desert Sun) won five races including the LR Blue Sapphire Stakes at Caulfield earning over $570,000 in prizemoney.  Gold Rory (Danehill Express) was considered a Group 1 colt before a knee injury interrupted his campaign for the 2012 Coolmore Stud Stakes.

Their dam Rory’s Song has since foaled a colt and a filly by Mungrup shuttler Dick Turpin.

Oratorio has 20 yearlings entered for the Perth Magic Millions starting next Tuesday, February 17 and there could be more updates before the Sale.

Oratorio filly Cadenza won the Perth Magic Millions 2YO Classic last year and the Trevor Andrews trained flyer Lucky Street will be one of the favourites for the $250,000 feature at Ascot this Saturday.

Lucky Street (2c Oratorio – Rumours by Umatilla) was a runaway four-length winner – eased down – at Ascot in October.  He sustained a lacerated near hind-leg during the race and has been working the house down since resuming.

Cadenza can reprise her 2YO Classic success in the Magic Millions 3YO Trophy on Saturday but there will be stiff competition from rivals like Paul Jordan’s consistent Oratorio galloper Castle Retreat. 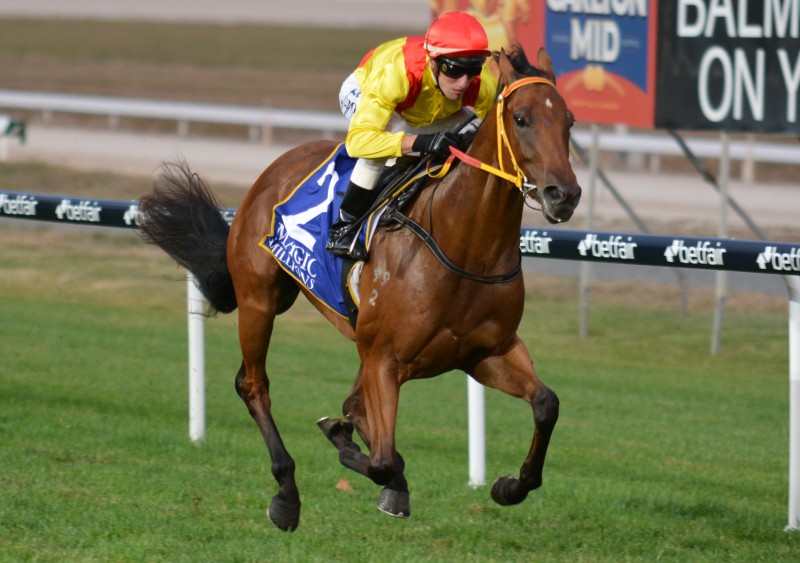