The English TBA conducted its annual stallion parade at Tattersalls in Newmarket on Thursday and among the Australian shuttlers were Dick Turpin (English National Stud), Equiano (Newsells Park) and Kuroshio (Overbury Stud).

Melbourne & Caulfield Cups winner Dunaden was also on show – he stands alongside Kuroshio who has just covered his first southern book at Darley Victoria.

Dick Turpin looked in magnificent shape while walking around the famous sale ring after his latest book at Mungrup Stud. “He settled straight in after arriving back from Australia,” National Stud manager Brian O’Rourke said. “The first thing our boy did was enjoy a good roll in the mud.  We’re looking forward to his first-crop two year olds this year.

The first Sunspeed yearlings by Dick Turpin are catalogued for the Perth Magic Millions on February 17 & 18. 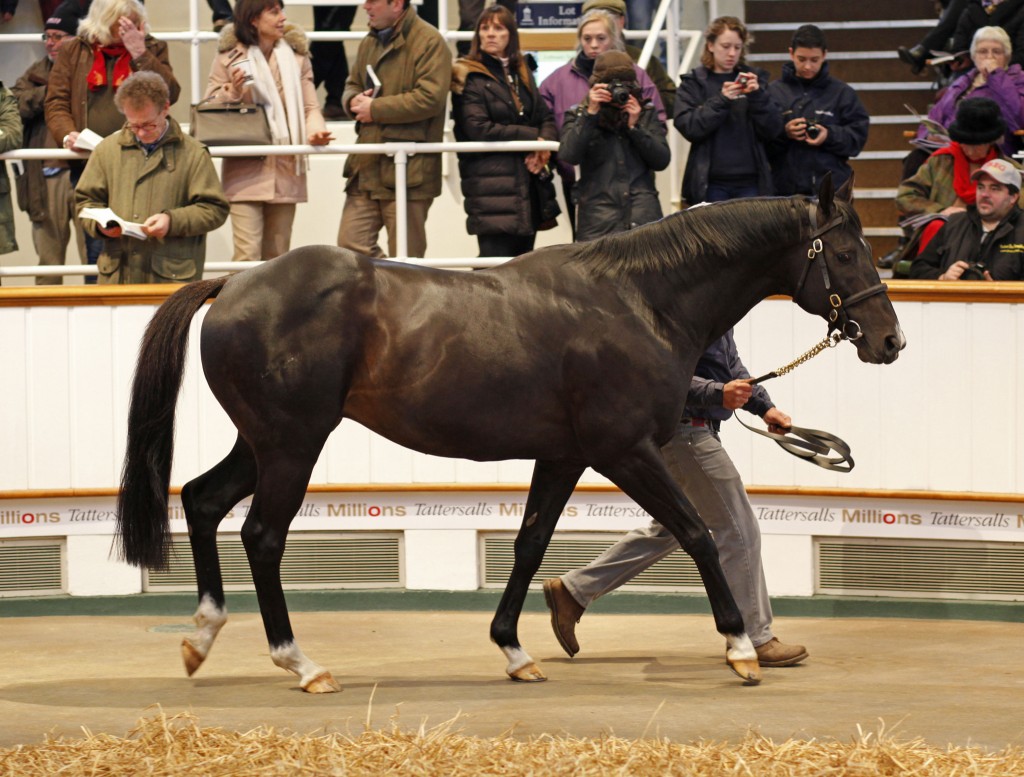