Owners and trainers will be spoiled for choice when Mungrup Stud presents its first Dick Turpin yearlings at the Perth Magic Millions this month.

Dick Turpin (Ire) won the prestigious Prix Jean Prat (1600m) by four lengths at Chantilly and he has 32 yearlings catalogued for the two-day auction on February 17 and 18.

Mungrup’s Gray Williamson has entered 28 of them and he’s confident they will be just as popular in Perth as they were in Europe last year.  Dick Turpin shuttles from the English National Stud and his first northern hemisphere yearlings sold to the equivalent of $135,000 at the Tattersall’s October Sale.

“We’ve been receiving encouraging reports about his two year-olds up there,” Williamson said.  “That’s not surprising – he’s the highest-rated stallion to ever begin stud duties in Western Australia.”

English National Stud manager Brian O’Rourke has kept Williamson posted on the progress of his new-season two year-olds.  “They have gone to some of our best trainers and we expect great things this year,” O’Rourke said.  “They are strong, well-balanced and athletic with great temperaments.”

Williamson reports his Dick Turpins are beautiful horses to handle and, as a group, are the best yearlings he’s ever sent up the Albany Highway to Perth.  “He’s an outstanding individual and is really stamping his stock.  He was never beaten outside Group 1 company and we’re looking forward to presenting them at the Magic Millions.”

Among the highlights are the fillies from Hiyas (Lot 19), Just As Beautiful (Lot 31) and Atavism (Lot 175) and all three have received pedigree updates since the catalogue was printed.

Mungrup will parade its yearlings at Belmont Park prior to the Magic Millions at 5.30pm on Friday, February 13. 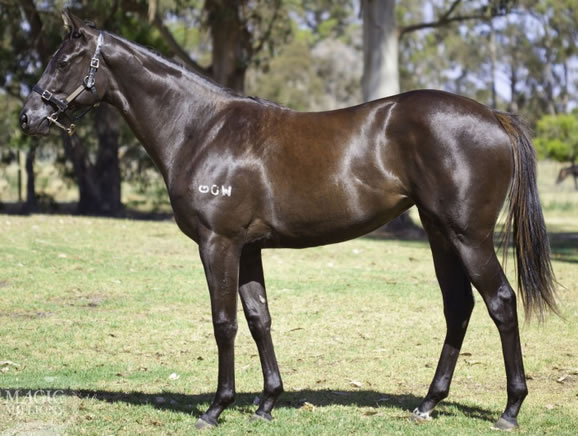