Disco Metal had overcome a troubled run at Northam in August and remained unbeaten with an on-pace victory in the Myer Hcp (1100m).  Starting a $2.50 favourite, she raced outside the leader Zedfire Express and then defied late comers Angel Sky and Black Queen.

“She will only get better when we stretch her out over more ground,” trainer Simon Miller said.  “Three year-old fillies can be competitive over much longer trips in their own age group.

“It was a good win against older horses today.  She’s lightly-framed and still maturing and will probably be better suited ridden further back in future.”

Discorsi three year-old Settlers Creek won four races at Belmont and Ascot earlier this season before connections decided against a start in the G3 Lee-Steere Classic.  Trainer Colin Webster pulled the pin on his summer campaign predicting a promising future this year.

A stakes winning son of Galileo, Discorsi has 6 yearlings nominated for the Perth Magic Millions.  Yarradale’s draft includes a filly from Ascot stakes performer Mega Me (Lot 254) and the colt out of a Dane Shakira, a winning sister to Saxon (Lot 392). 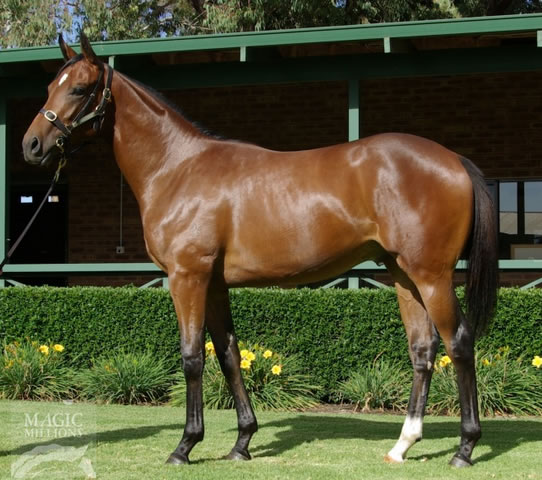