Champion sprinter Hay List was put down on Tuesday after a brave fight against laminitis.

“I realised we were only keeping him going for our own sake, not his,’’ trainer John McNair said.  “He had a terrible night on Monday and we couldn’t put him through that again.”

Hay List (Statue Of Liberty) was a homebred for Perth couple Terry and Liz Davenport and began his career with a hat-trick at Ascot before reeling off five in a row at Belmont.

The unbeaten run came to a halt after 8 starts when he pulled up lame in the G3 Colonel Reeves at Ascot in November 2009.  Transferred east to former Perth trainer John McNair, he hit the big time with an explosive five-length victory in the G3 Healy Stakes at Eagle Farm in June 2010.

Hay List went on to win the G1 Manikato Stakes, G1 All Aged Stakes and G1 Newmarket Hcp but he had the misfortune to be foaled in the same era as Black Caviar.  He was runner-up to the all-conquering mare in four Group 1 sprints.

In a 28 start career beset by injuries, Hay List was a crowd favourite winning 15 races and banked over $2.55 million.  Regular jockey Glyn Schofield paid a final visit to the ailing champion last month.  “No horse has ever meant so much to me,” Schofield said.  “RIP my big friend.”

A 600kg powerhouse, Hay List was buried standing up at McNair’s property on the NSW Central Coast. 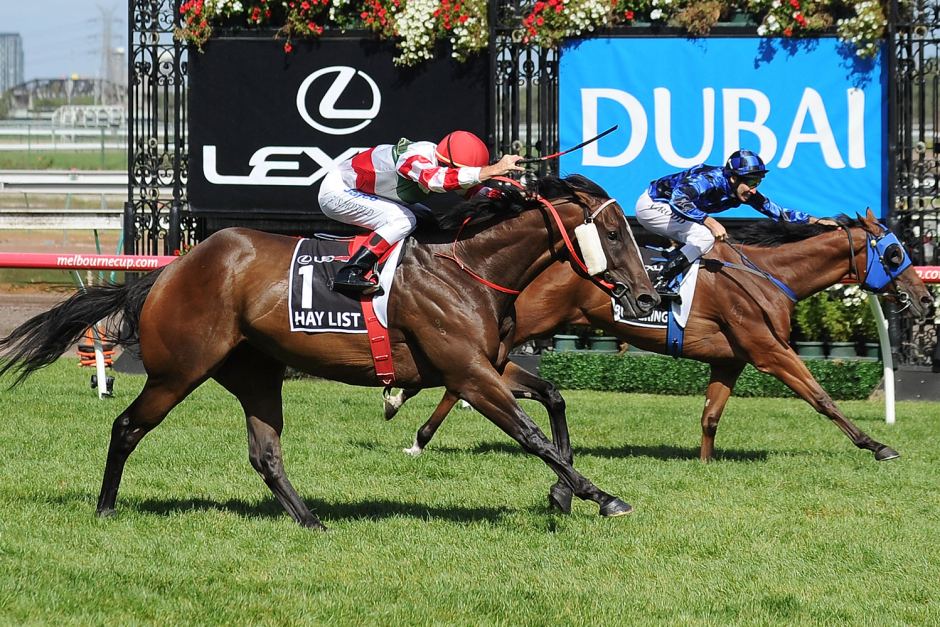