Shalo has given Danehill Express and his yearlings for the Perth Magic Millions another winning update at Ascot.

The Simon Miller trained gelding has only been beaten once in five starts this season for owner-breeders Lex and Shirley Piper.  “He’s really come on this campaign,” stable spokesman Kyle Nowland said on Saturday.  “We’ve always known he was going to be nice horse but he wasn’t there mentally until this prep.

“His coat is looking good and there were no problems backing up.  He’s bomb-proof and was never going to get beaten today once Joey (Azzopardi) got him in the clear.”

Shalo (4g Danehill Express – Milihalo by Don’t Say Halo) was always in control in the straight to score by a length from Dabang (He’s A Decoy) and Totes Amaze (Bernardini) in the Magic Millions Hcp (1800m).  He has earned $200,000, including Westspeed bonuses totalling $42,000, since winning a Bunbury maiden during a winter campaign last year.

Milihalo has also foaled Ascot winner Oh Halo (Oratorio) and her three year-old Orahalo (Oratorio) finished fourth on debt at Ascot in November.  She delivered another Danehill Express colt in September and was bred back to Hala Bek.

Danehill Express has moved into the third spot on the WA sires’ premiership and he has a half-dozen yearlings entered for the Perth Magic Millions starting next Tuesday, February 17.  The Pipers and Mungrup Stud catalogued the brother to Shalo but has been withdrawn.

Among the highlights is the half-brother to recent Ascot winner Oradol (Lot 142).  Their dam Tudor Emily (Rubiton) is a half-sister to G2 WA Guineas winner Kaysart and descends from outstanding producer Polo Jane. 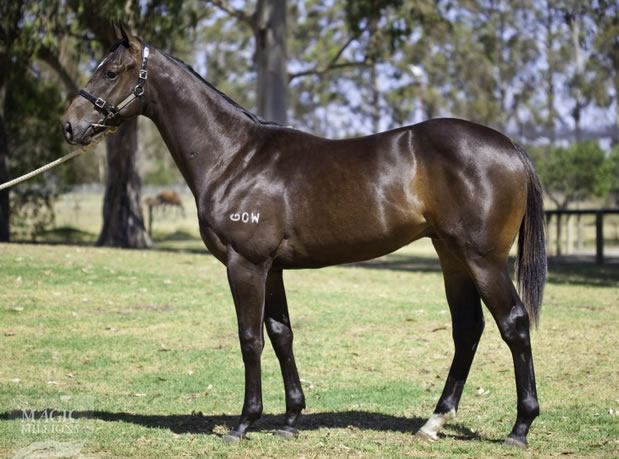