The Raffles Dancers boss had been incommunicado when his Lucky Unicorn mare Rock Diva scored a last-to-first victory in the G1 Auckland Cup (3200m) at Ellerslie.  “My father was on business and was unable to be here today or even to tune in,” his son Kyan said.  ”I’m sure he will be very happy when he checks his messages.”

“We’ve had this race in the back of our minds for a long time and wanted to get her in with a light weight,” trainer Tony Pike said.  “She slipped in on 52kg and we knew she was ready for a big race, but the wide draw dented our confidence a bit.  I just left it up to Mark after telling him to go back and save her up.”

Jockey Mark Du Plessis eased Rock Diva across behind the field to settle on the rail and remained in that position until the home turn.  “She was travelling up under me and I cut the corner and sneaked some ground,” Du Plessis said.  “When I eased her out she let down and really motored home.”

The Auckland Cup was a Group 1 first for Lucky Unicorn (Redoute’s Choice).  He initially stood at Cambridge Stud before relocating to Westbury Park Stud in Pinjarra last year.

Pike said Rock Diva will only keep improving as she matured.  “She’s had a long campaign and is likely to spell now – we will look at all options for the spring including the Melbourne Cup.” 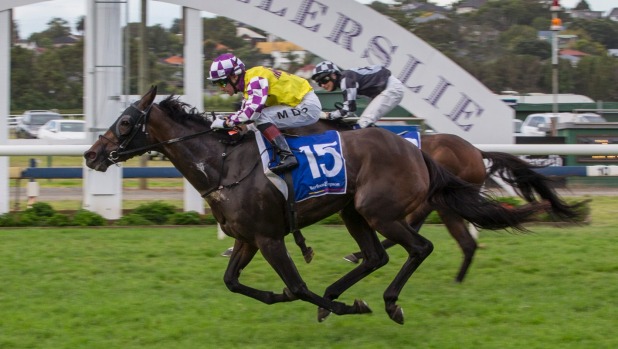