Exquisite Jewel came off a brave fourth placing in the G1 NZ Oaks to win the G3 Manawatu Classic (2000m) at Awapuni on Saturday.

The Lucky Unicorn filly had lodged her Oaks challenge on the home turn but she waited until late in proceedings in the Classic.  “She’s very smart,” excited trainer Sue Walsh said.  “All she wanted was a race with a bit of pace and she got it today.”

Despite being parked three wide for the majority of the race under regular rider Robert Hannam, the winner let down strongly in the straight to defeat Tavistock gelding Werther by a three-quarters of a length.

“She’s not the best three-year-old filly in the country but is only a couple of lengths off them.” Hannam said.  “Once I got over, she just dropped the bit.  Gee she’s tough, she just kept kicking.”

Exquisite Jewel (3f Lucky Unicorn – Game Duchess by Monjeu) had won her maiden at Hastings in April 2014 and she added further victories at Woodville and Wanganui earlier this season as well as a Group 3 placing in the Desert Gold Stakes prior to the NZ Oaks.

Bred by Sir Patrick Hogan, she is a sister to Duchessofcambridge, a winner at Taranaki (2) and Counties, and a half-sister to Mike Moroney’s Flemington stakes performer Nordic Duke (Viking Ruler).

Exquisite Jewel’s third dam is Marquise, one of five Group 1 winners – along with Octagonal, Diamond Lover, Kaapstad and Mouawad – foaled by Eight Carat.

Lucky Unicorn is a stakes winning son of Redoute’s Choice and is now based at Westbury Park Stud in Western Australia. 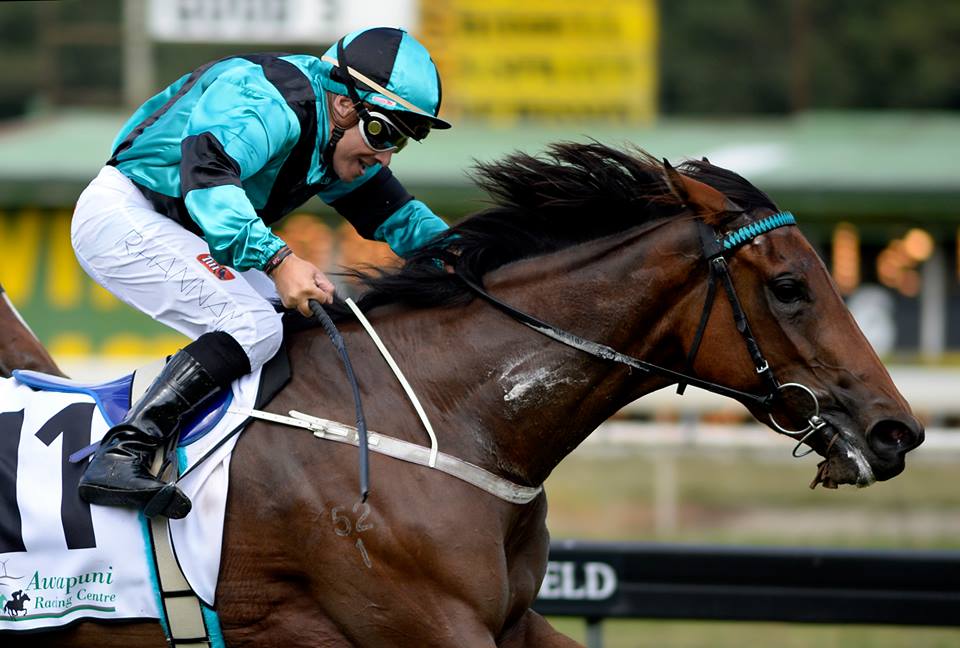