Safeguard a first-class fit for Sunspeed

Godolphin colt Safeguard has been purchased for stud duties in Western Australia.

Oakland Park and Mogumber Park have combined to add the stakes winning son of Exceed And Excel to the local stallion ranks in 2015.

Safeguard (4h Exceed And Excel – Preserve by Canny Lad) started his career with an early-season two year-old victory in the 2012 Christmas Season Plate (1000m) at Flemington.  “We’ve known for six months that he had ability and, importantly, he came out and showed it on race day,” trainer Peter Snowden said.  “He hit the ground running and I liked the way he came under the rider and then kicked away at the end.”

Resuming the following April following a few minor setbacks, the chestnut stepped up to a Group 3 victory in the Kindergarten Stakes (1100m) at Randwick.  “To come here and beat some well spruiked horses was all good experience for him,” Snowden explained.  “He’s still green but is very talented.”

Safeguard returned as a spring three year-old to keep his unbeaten record intact at Caulfield.  He emulated former stable star Sepoy with a spirited victory in the G3 Vain Stakes (1100m).  “That’s just his third start and there’s a lot more improvement in the horse,” Snowden said.  “He’s got to get a bit more race-savvy but he definitely shows good potential.”

The unbeaten run came to a halt when Safeguard was run down by Lion Of Belford in the Blue Sapphire (1200m) at Caulfield and he was also runner-up to Dothraki as a winter three year-old in the G3 Gold Coast Guineas.

Safeguard will stand for an introductory service fee of $8,800 (inc gst). 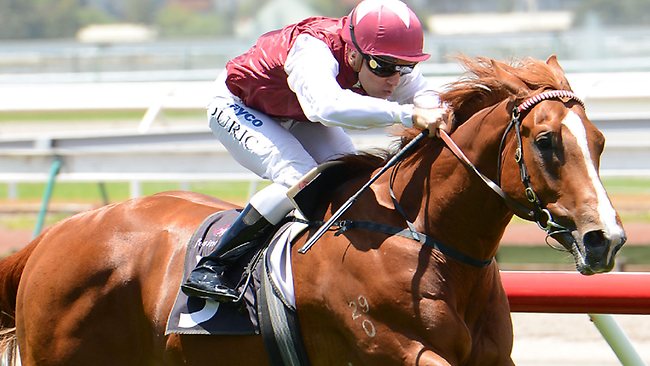