Demons win with Dash For Cash

Torquay trainer Stephen Cooper has married a love for the Melbourne Demons and Scenic Lodge sire Dash For Cash to win another race with his tough gelding Carrera Dinero.

Cooper has won 7 races with Carrera Dinero and they’re on a hat-trick after victories at Kilmore and at Geelong’s city meeting on Wednesday.  “I train him out of a paddock and we were back home within a hour of winning today,” Cooper said.  “He’s only had 36 starts – he took a while to settle down as a young horse but is pretty sensible now.

“I only take him to the track once a week.  He’s doesn’t knock himself about at the races, either.  He gets to the front, relaxes and then kicks off the corner.”

“I like Dash For Cash.  He’s a top bread-and-butter sire and I was surprised to see him leave Victoria.”

Dash For Cash relocated to Western Australia last year and the winners have kept rolling in since he arrived at Scenic Lodge.  He will stand for a $4,400 (inc gst) fee in 2015.

Cooper is a life-long Melbourne fan and Carrera Dinero carries their colours of Blue and a Red Demon logo.  He’s optimistic there’s better times ahead for the football club with premiership coach Paul Roos at the helm.

“They beat Richmond last week and we’re hoping they can make it two in a row at the MCG this Sunday – just like Carrera Dinero.”

Dash For Cash will have his loyalties tested now that he’s based in WA.  The Demons are at home to ladder-leaders Fremantle Dockers! 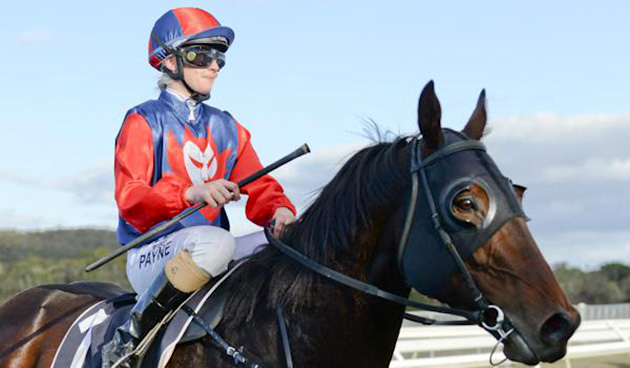