Home Sessions on board at Oakland Park

Sessions on board at Oakland Park

Sessions (5h Lonhro – Seances by Canny Lad) was also raced by Sheikh Mohammed to win 5 of his first 8 starts culminating with Group 2 victory in 2013 The Shorts (1100m).  Lightly-raced but loaded with natural ability, he had always promised plenty and took the opportunity to realise that potential against a crack field of sprinters at Randwick.

“There’s still quite a bit of improvement to come,” trainer Peter Snowden said after The Shorts.  “He’s shown us that he can get to the top and we’ve always had Group 1 aspirations for him.  The Manikato Stakes at Moonee Valley is next – it’s a high-pressure kind of race and that will suit him.”

Buffering led the Manikato field before withstanding a strong challenge from Hong Kong star Lucky Nine to win by a short half head.  Sessions, having his first run at Group 1 level, flashed home for third in a blanket finish.

Niggles injuries restricted Sessions to 17 starts and he was last seen finishing down the track in Rubick’s G2 Schillaci Stakes (1000m) at Caulfield in October.  He’s a brother to Group 2 winner Renaissance and their stakes winning dam Seances is a half-sister to champion filly Unworldly.

Sessions will join an Oakland Park roster that includes Viscount and Rogano. 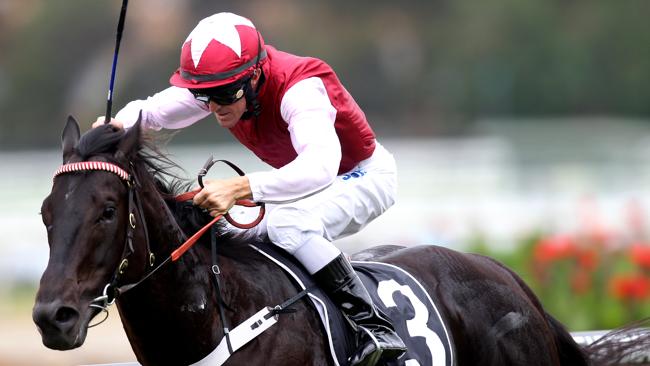