Yarradale Stud’s Group 1 winning mare Arabian Lass was back in the spotlight when one of her daughters was represented by a record-breaking yearling at the South African National Sale this week.

The Dynasty – Arabian Jazz colt was purchased by Hong Kong trainer Tony Millard for ZAR 4.25 million (AUD 448,620).  “I wasn’t going home empty-handed,” Millard said.  “He looks like a classic-type of horse and they’re hard to come by.”

Millard trained Arabian Lass (Al Mufti) to four Group 1 victories and she was voted South Africa’s Champion 2YO and 3YO Filly in 1995-96.  Purchased by Robert Sangster, she was initially exported to Ireland before arriving in Australia in June 2003.

Arabian Jazz (Danehill Dancer) was her first foal out here and she was followed by Musashi Of Mieko (FuPeg) who won 11 races in Queensland.

South African breeder Ashley Parker had bred and sold Arabian Lass as a yearling and he wanted to buy back into the family.  “I was on the lookout for one of her daughters and noticed her Danehill Dancer filly had been catalogued for the 2006 Inglis Easter yearling sale,” Parker recalled this week.  “I managed to get her for $70,000 in Sydney.  Not a bad buy was it?”

Parker and his wife Rose raced Arabian Jazz to three wins and a Group 3 placing at Turffontein for earnings of ZAR 180,000.  That paid for a service fee to champion sire Dynasty and a record-breaking return in Jo’burg on Wednesday.

Yarradale owner Ron Sayers bought Arabian Lass, with a positive to Dash For Cash, for $60,000 at the 2008 Inglis Easter Broodmare Sale.  Racing as Dash For Home, that foal has won 4 races and $180,000 to date in Perth.

Arabian Lass is also the dam of LR Matchmaker Stakes winner Soldier’s Lass (Soldier’s Tale) and she has a 2yo gelding by War Chant in Singapore and a yearling filly by Scandal Keeper. 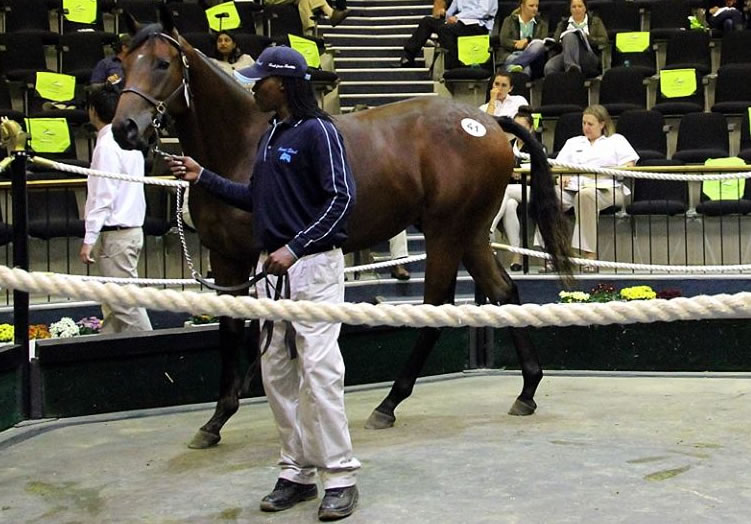