Home This Bird Has Flown for Blackfriars

This Bird Has Flown for Blackfriars

She was pocketed several lengths off the leaders and looked forlorn passing the furlong.  “She was hemmed in and I would have been happy if she just poked up behind them,” trainer Daniel Pearce said after watching her blouse out Call To War.  “That was a pretty impressive turn of foot at the finish for a first-starter.”

Friarbird (2f Blackfriars – Palais by Palace Music) was bred and sold by Scenic Lodge for $42,500 at the 2014 Perth Magic Millions.  Pearce prepares her for Daniel Healy and expects further improvement as a three year-old.

“She won with something in hand today and we may give her another run over 1200m on a Saturday,” he said.  “I’m looking forward to sending over a mile in six months.”

Blackfriars is capable of getting a good two year-old.  He sired Prentice (G3 WA Sires’ Produce Stakes) last year and was an early mover this season with London Line winning at Ascot in December.

London Line progressed to a Listed victory in the Supremacy Stakes in February ahead Chantski, Showy Chloe and Blackfriars youngster George ‘N’ Ernie who just missed black-type in a photo for third.

Fred Kersley produced Blackfriars filly Blackwood to score first-up at Ascot earlier this month and Black Cuban is ready to break his duck after being placed in the G3 WA Sires’ Produce Stakes on April 11.

Friarbird’s win on Wednesday coincided with the news Scenic Lodge has priced Blackfriars at a $12,000 (plus GST) fee this year.  He’s within sight of another title in 2014-15 – his fifth in a row in Western Australia. 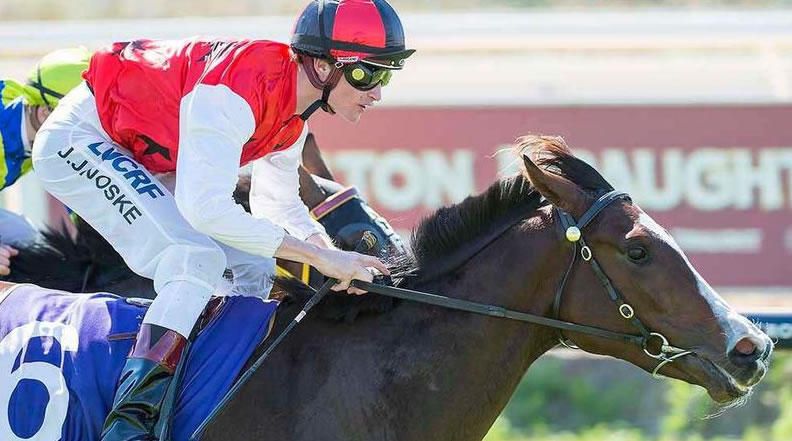