Yarradale Stud has catalogued 37 lots for its annual yearling sale on site at Gidgegannup on Sunday, May 17.

Pedigrees and pix are online at:  www.yarradalestud.com.au/yearlings/2015-yearling-sales.html

Champion sire War Chant (USA) has 8 yearlings entered and one of the highlights is the colt from G2 Emancipation Stakes winner Heather (Lot 28).  His older half-sister Tulla Touch graduated from the 2012 Yarradale Sale and she won 5 races along the eastern seaboard before visiting Declaration Of War at Coolmore Stud last year.

War Chant sired 32 stakes winners from Kentucky before Chantski notched his first Sunspeed black-type winning the G3 Gimcrack Stakes (1100m) in March.  His other winners at Ascot have been One Off the Wood and Chanzig and his latest placegetters – War Blossom and Call To War – filled the minors in the race won by Friarday at Ascot on Wednesday.

Now based permanently at Yarradale, he leads the Sunspeed first-season sires’ premiership with earnings of $318,280.

Scandal Keeper has a half-brother to Chantski (Lot 15).  “He’s a strong colt but being a November foal was a bit immature for the Magic Millions,” Hamill explained.  “He has benefitted from the extra time and the pedigree has improved as well.”

They are from a half-sister to the dam of last year’s G3 Dark Jewel Classic winner Seaside.

Hamill also likes the Casino Prince gelding from Schipper (Lot 20) who is the second foal of a Sydney winner for Patinack Farm.  “He’s correct with good bone, very active and should go early.” 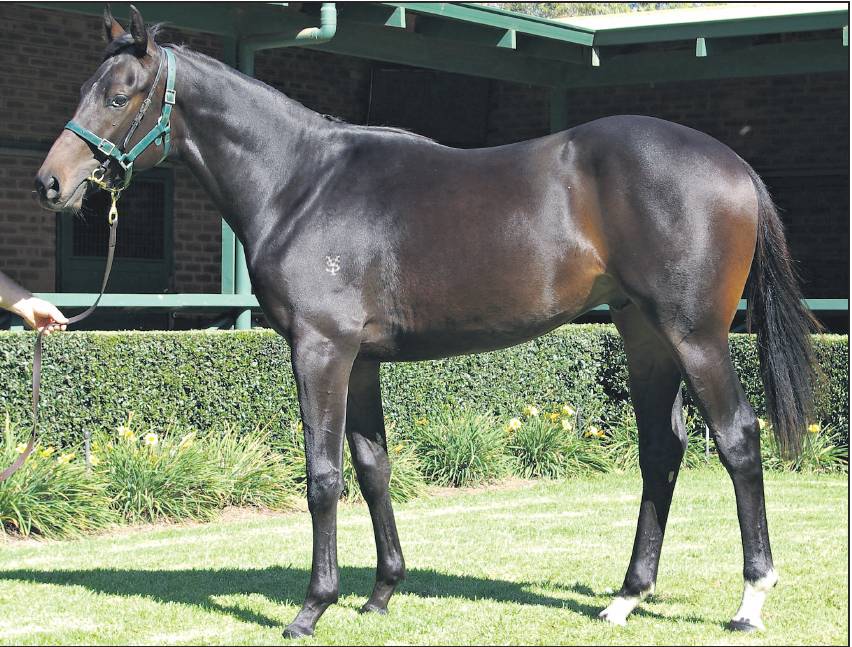