Trainer Joe Pride is scanning the Brisbane winter carnival calendar after prepping Divertire to a Group 3 victory in the Dark Jewel Classic (1400m).

The Econsul mare is marking time back at Pride’s Warwick Farm stable after storming home in the prestigious race for mares at Scone on Saturday.  “She is a Group 3 winner now so we have to go forward,” Pride said.  “And I will keep her to shorter trips the way she sprinted home in the Dark Jewel.”

Econsul (NZ) sired his first stakes winner at the 2014 Brisbane winter carnival when Best Yet To Come claimed the LR Princess Stakes (1600m) at Eagle Farm.

Divertire (5m Econsul – Paris Sweep by End Sweep) is from a half sister to South African 2YO Champion Rarotonga Treaty and was a $21,000 buy at the 2011 Inglis Melbourne Premier yearling sale.

She won three races for the late Guy Walter before transferring to Pride last year and has since built up a 24: 6-2-3 record for earnings of $322,895.

Divertire gave Danny Beasley his first Australian black-type winner since returning from a long contract in Singapore.  “She was jogging in the run,” Beasley explained.  “And when I asked for an effort, she exploded.”

Econsul (NZ) was back in the frame on Sunday when Happy Money improved his strike-rate to 8 wins in 18 starts at Kranji.  Beasley partnered him in 7 of those wins before returning to Australia last month.

Darling View Thoroughbreds will stand Econsul for a reduced service fee of $3,300 (inc gst) this year. 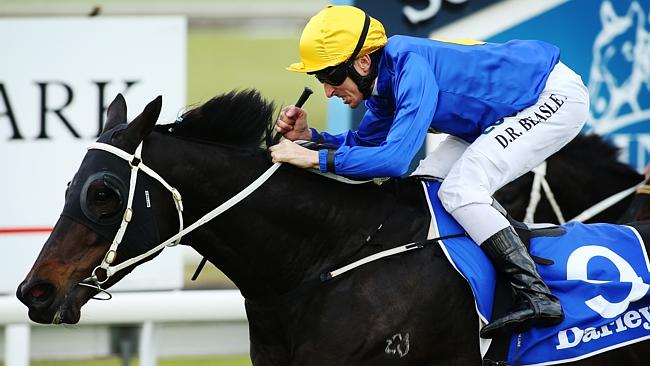