Home Flyer stacks up for So Secret

Flyer stacks up for So Secret

Flying Roar had beaten top filly Delicacy earlier this year and that form-line stacked up in the WA Day Plate (1200m) at Belmont on Saturday.

The So Secret gelding overhauled the favourite Fuld’s Bet close to home after being given a gem of a ride by Jerry Noske.  “I was going to scratch after we drew a wide gate but Jerry put him in the box-seat,” trainer Jim Taylor said.  “He didn’t handle the wet conditions first-up and we were confident back on top of the ground today.”

He’s the first foal of Raring To Roar, a five-time Perth winner and a half-sister to Brisbane stakes winner Play Station (Brief Truce).

Flying Roar defeated Delicacy at Ascot in January and she went on to capture the Oaks-Derby doubles in Western Australia and South Australia.  His sire So Secret stands at Rangeview Stud and he has been represented by 17 winners of 24 races for progeny earnings of $672,610 this year. 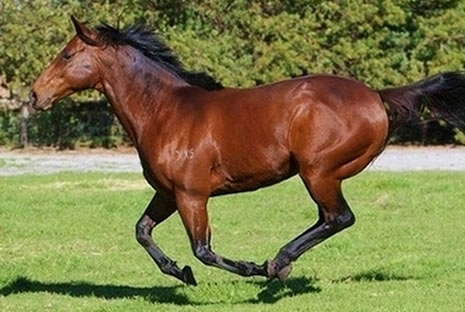