Stallwalkin’ Dude defeated a couple of class acts in the LR Diablo Stakes (1200m) in New York on Sunday.

The flying son of Yarradale Stud sire City Place (USA) collected his fourth win in a row and the first at black-type level in the $100,000 sprint at Belmont Park.  It lifted his earnings to over $370,350.

He seized control of the race before being confronted by Clearly Now into the straight.  They spurted away from the field and were never separated by more than a half-length down to the wire.  “He always responds and fights to the end,” apprentice Angel Cruz said.  “When I hit him left-handed he keeps going and never quits.”

Bred in Florida, Stallwalkin’ Dude is a half-brother to winners by Tour d’Or, Salt Lake and Ecliptical.  Their dam is an unraced half-sister to G1 Hollywood Starlet winner Love Lock (Silver Ghost).

“He’s really proven himself to be a legitimate horse to be reckoned with coming into the spring and summer at Saratoga,” owner-trainer David Jacobson said.  “I was expecting a much easier field – with Palace Malice and Clearly Now running it deserved to be a Grade race!” 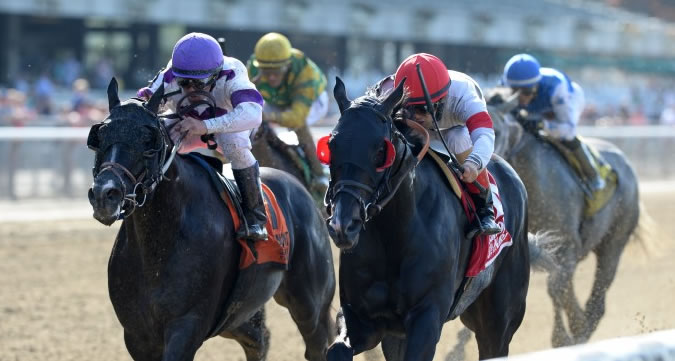