Paddock to classic pay-day for Peters

Star Perth filly Delicacy took the next big step in a career that escalated to a Group 1 victory in the Australasian Oaks (2000m) on Saturday.

Owner-breeder Bob Peters had spelled the filly after she completed the G3 WA Oaks – G2 WA Derby last month but put her back into work after just a few days in the paddock.  “It was a big jump today but she’s pretty good,” Peters said at Morphettville. “We won a South Australian Oaks with Miss Margaret and she was probably a bit better than this filly.”

Delicacy (3f Al Maher – Simply Wicked by Scenic) stormed home from the second half of the field to waltz past pacesetter Fenway (High Chaparral).  The runner-up was coming off a Group 1 victory in the Vinery Stakes at Rosehill.

She broke through seven-figures on Saturday and from 13 starts has won 9 races and $1,119,400 including Westspeed bonuses of $102,500.  All going well this week, she will be given a chance to complete the Perth and Adelaide classic doubles in the G1 South Australian Derby next Saturday.

Scenic Lodge bought her dam Simply Wicked this time last year at the Inglis Australian Broodmare Sale.  She cost just $4,000 and has since foaled an Al Maher colt and is back in foal to Blackfriars. 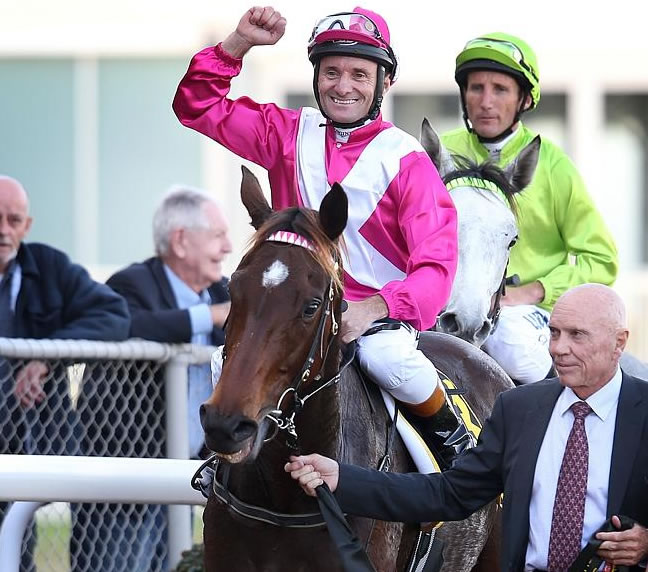