Champion Singapore sprinter Rocket Man is making a comeback after three years on the sidelines.

The son of Oakland Park sire Viscount broke down with a tendon injury in April 2012.  “He looks like a four year-old and has never been better,” owner Fred Crabbia said.  “We hoped he would be back in time for the KrisFlyer Sprint on Sunday but we just ran out of time.”

He has raced 27 times for 20 wins headed by international Group 1 victories in the Krisflyer Sprint and Dubai Golden Shaheen.  He was also beaten a nose by J J The Jet Plane in the G1 Hong Kong Sprint.

Beside Rocket Man, Macrosa is also the dam of South African based galloper Our Giant (Giant’s Causeway) who was a Group 1 winner of the Mercury Sprint at Clairwood and the Horse Chestnut Stakes at Turffontein. 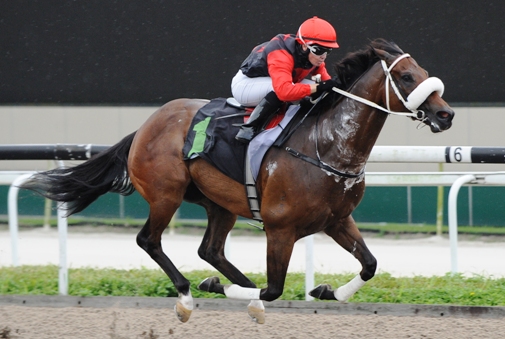