He made the Top 10 leader-board among the colts that changed hands when purchased by Peter & Ross Doyle Bloodstock.  Presented by Irish-based Longways Stables, he had been pin-hooked for 32,000gns (AUD 61,195) at the 2014 Tattersalls October yearling sale.

“He’s a smashing colt and will go into training with Team Hannon,” Peter Doyle said. “We bought Dick Turpin as a yearling and this colt is the closest horse we’ve seen to his father.”

His Arqana colt out of Riccoche (Oasis Dream) is from the immediate family of French Group 3 winners Animatrice (Prix de Malleret) and Sadler’s Flag (Prix de Royaumont).  There’s an Aussie connection further back in the pedigree through LR Wyong Cup winner Bondi Iceberg. 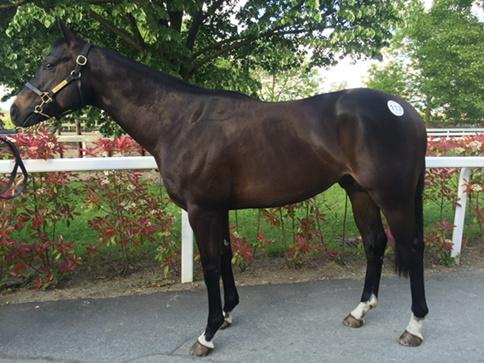