Home What a winner for Alfred Nobel

What a winner for Alfred Nobel

Lynward Park stallion Alfred Nobel sired his latest winner in Ireland on Monday when Whats The Plot scored first-up after a three-month spell in the Roscommon Hcp (2080m).

Whats The Plot (3g Alfred Nobel – Hazarama by Kahyasi) stayed on stoutly to win his maiden by a head on a rain-affected surface after surviving a stiff challenge from No Way Jock.  “I didn’t know if he would handle the ground,” owner trainer Arthur Moore said at Roscommon.  “He’s developing all the time and is from a good Aga Khan family.”

Moore is also looking forward to a jumping career with Whats The Plot.  “He’s a smashing dual-purpose prospect and won’t mind better ground.  A mile and a half (2400m) shouldn’t be a problem.” 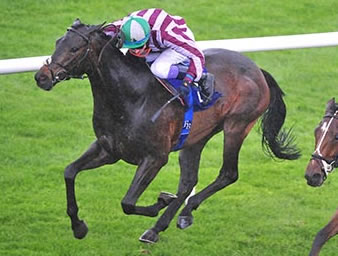