Dash For Cash gelding Dodging Bullets made his city debut a successful one at Flemington on Saturday.

He had won at Terang and Swan Hill before completing a hat-trick in the VRC Brian Beattie Hcp (1610m).  “We’ve always liked him although he didn’t show much before racing,” trainer Symon Wilde said.  “Now he’s going the right way and is a nice, lightly-raced three-year-old on the up.”

Dodging Bullets cost $42,000 at the 2013 Inglis Melbourne Premier yearling sale and was racing for $80,000 in prizemoney and $50,000 in VOBIS incentives at Flemington.  His dam Young Love (Danzero) also won at Flemington and she is a sister to Happy Zero (G1 HK Queen’s Silver Jubilee Cup).

“It was no surprise that he performed so well,” Wilde admitted.  ‘The bonuses were the attraction and it was the logical next step.

Dodging Bullets is owned by Bill Whitehead, John Emerson, James Irvine, William Blackwell and John Matier.  “We agreed it’s worthwhile having one or two more runs in three-year-old company before he goes into open age racing,” Wilde said.  “He’s high enough in the ratings and is eligible for all the bonuses.”

Dash for Cash has sired the winners of 65 races this season for progeny prizemoney of $1.18 million.  He relocated to Western Australia last year and stands for a $4,400 (inc gst) fee at Scenic Lodge. 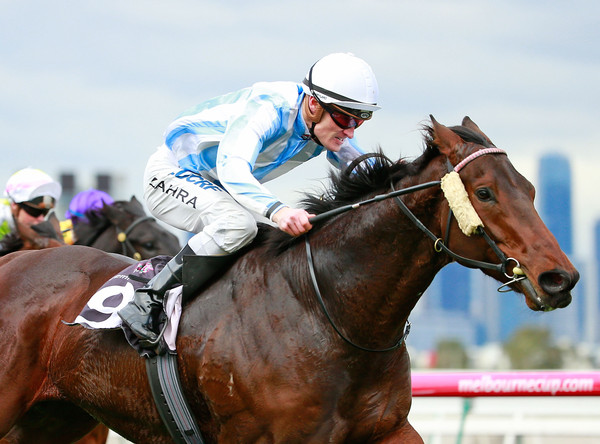