G R’S GIANT (3g Frost Giant – Piano Chimes by Chimes Band) surged wide to the lead and won with authority at Belmont Park.  He had been knocking on the door under Jose Alvarado and broke his maiden by two-lengths in a 1400m event worth $60,000.

Bred by Albert Hanley, he is part-owned and trained by Charlton Baker for Dan Hayden and Fager Stable.

FOREVER FOR ALWAYS (5m Frost Giant – Wild Vanilla by Wild Rush) won at Gulfstream Park and shipped north to win again over 1700m on turf at Belmont Park.  Jockey Rajiv Maragh scouted wide through the chute and then found a position near the rail before launching a successful bid for the lead.

She is a homebred for Steven Langsam in partnership with Michelle Sherack.

WINE SNOB (Frost Giant – Sorority Girl by Our Emblem) notched her second victory over 1640m in upstate New York at Finger Lakes.  He vied for the lead and then took charge in the straight to score by a widening 5 lengths.

Frost Giant has his first southern-crop foal for sale at the Perth Magic Millions Winter Sale this Sunday.  The colt from unraced mare Empower Me (Canny Lad) has been catalogued as Lot 136 by Yarradale Stud.

Frost Giant (Giant’s Causeway) was a G1 Suburban Hcp winner and was champion first and second-season sire in New York.  Yarradale will stand him for a $9,900 (inc gst) fee this year. 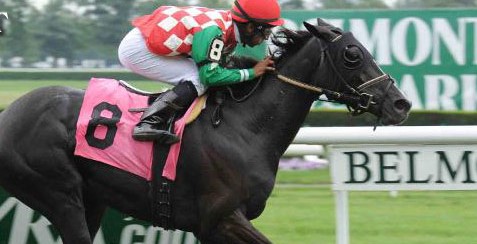