Halling colt Jack Hobbs gave his sire an overdue classic first, after some near misses, in the G1 Irish Derby (2400m) on Sunday.

Jack Hobbs had been runner-up in the G1 English Derby on June 6 prior to a five-length victory at the Curragh.  “He’s improving all the time,” winning jockey William Buick said.  “He’s obviously a late maturing horse but is really coming into himself now and is a serious horse.”

Purchased by Sheikh Mohammed after finishing second in the G2 Dante Stakes last month, he will now be set for the G1 Arc de Triomphe (2400m) at Longchamp on October 4.

Halling (Diesis) was a prominent member of Darley’s roster at Dalham Hall for many years but declining fertility ended his days as a commercial stallion in 2013.  He had gone close to siring an English Derby winner on three occasions before Jack Hobbs – Norse Dancer and Hala Bek both finished fourth and Romsdal was third last year.

Hala Bek was beaten a nose, a short-head and a nose behind Sir Percy at Epsom Downs before retiring to stand at Mungrup Stud.  He is the only son of Halling based in Australia.

Jack Hobbs has a future at one of Sheikh Mohammed’s stallion bases in Europe but he’s unlikely to shuttle as it’s not a commercial sireline in this part of the world.  Mungrup owner Gray Williamson bought Hala Bek principally for private use although outside bookings helped him sire 42 foals in 2014.

First-crop filly Bonniebek moved Hala Bek off the mark at Pinjarra in January and he will stand for a $3,300 (inc gst) service fee this year. 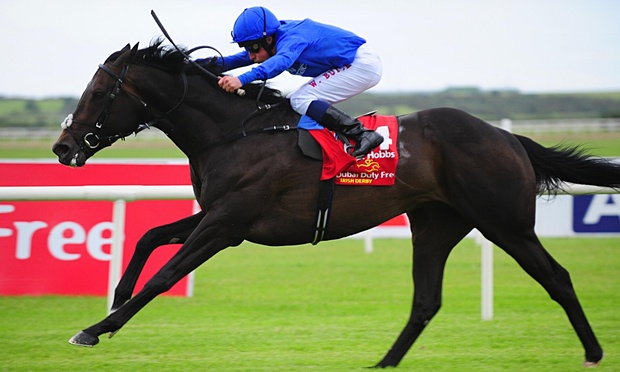