Honeysuckle Lil continued her impressive form by winning the Waltham On The Wolds Hcp (1200m) at Leicester on Thursday.

The Alfred Nobel filly led throughout under jockey Rachel Richardson to beat Fever Few by more than two lengths.  Trainer Tim Easterby acknowledged his charge is on the upgrade after notching her third win following a Newcastle maiden in September and a last start victory at Ripon.

Their dam Twinberry also had an Alfred Nobel colt make 6,500 pounds (AUD 11,975) to the bid of Amy Crook at the 2014 Doncaster November yearling sale.  It’s the family of Irish 1000 Guineas Trial winner Mediation (Caerleon) and her Group 1 son Go Between (Point Given) who won 2008 Pacific Classic at Del Mar.

Alfred Nobel (Danehill Dancer) leads the WA first-season premiership with $362,850 and that also puts him fourth on the Australian freshman ladder behind Hinchinbrook, Beneteau and Star Witness.

Lynward Park will stand Alfred Nobel for a $4,950 (inc gst) fee at Bullsbrook this year. 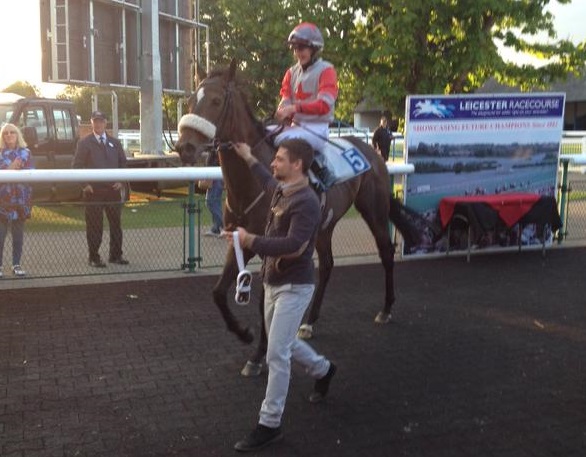