Mogumber Park’s son of Exceed And Excel won Group 3 sprints at Randwick and Caulfield and he will stand for a first-season service fee of $8,800 (inc gst).

Exceed And Excel shuttles between Darley’s dual hemisphere operations and he’s poised to take the Australian 2YO title with earnings of $3.34 million.  He can also claim the Great Britain 2YO premiership this year with Buratino a clear-cut leader in the juvenile division.

The Godolphin colt won the LR Woodcote Stakes (1200m) by 6 lengths at Epsom Downs on English Derby day and followed up with another decisive victory in the G2 Coventry Stakes (1200m) at Royal Ascot on Tuesday.

Trainer Mark Johnston has rated Buratino the stable’s best two year-old since a winning debut on the opening day of the season at Chelmsford in March.  “I’ve always felt horses needed experience so Ascot was in mind right back then,” he said.  “The key to good training is not to wrap them in cotton wool and I’ve always believed in natural progression.

“I’ve had quite a lot of Exceed And Excels and I love them, absolutely love them,” Johnston declared.  “Buratino is far and away the best one I’ve had.  They’re all great, sound horses and are very easy to train.

“I’ve recognised for quite a while that you have very few setbacks with the Exceed And Excels.  They stand out to me as being among the toughest horses I’ve trained so I really do rate him as a sire.”

Exceed And Excel got him from G1 VRC Sires’ Produce Stakes winner Preserve (Canny Lad) who is a half-sister to G1 Golden Rose Stakes winner and promising young sire Denman.

Mogumber Park’s Colin Brown and Oakland Park owner Neville Duncan have combined to stand Safeguard in WA and there are limited lifetime breeding rights remaining.  He will parade at Mogumber Park’s open day in Bullsbrook on Sunday, July 12.

Broodmare owners can contact Colin Brown for more information on 0408 251 880. 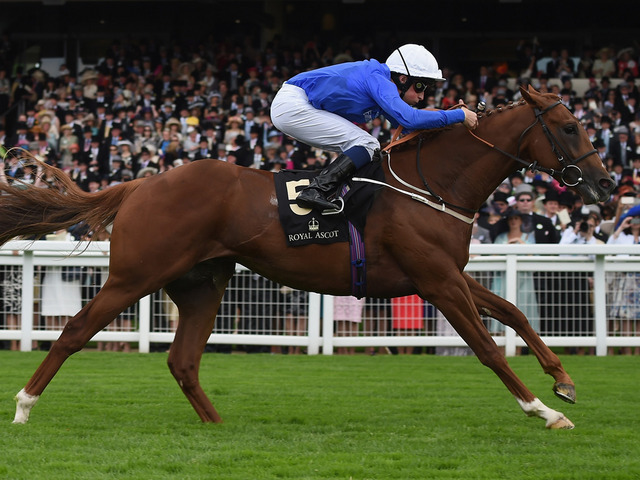