The Richard Hannon jnr trained colt was headed in the straight but knuckled down to defeat Donjuan Triumphant (Dream Ahead) in the Market Cross Jewellers Stakes (1200m).

Receding Waves (2c Dick Turpin – Welanga by Dansili) went out second-favourite after a fading third on debut at Bath last month.  He looked every bit the professional second-up to score by a head under a driving ride by Sean Levey.

Hannon’s father Richard Hannon snr had trained Dick Turpin and they purchased Receding Waves for 22,000gns (AUD 42,075) at the 2014 Tattersalls October yearling sale.  His dam is a half-sister to Out Of Reach (Warning) who won a LR Atalanta Stakes for Juddmonte Farms.

The Hannons have several two year-olds by Dick Turpin and they went back and paid 140,000 euros (AUD 197,560) for another one of his colts at the Arqana 2YO Sale at Saint-Cloud in May.

“Dick Turpin’s great turn of foot served him so well,” Hannon recalled.  “His was a genuine racehorse.” 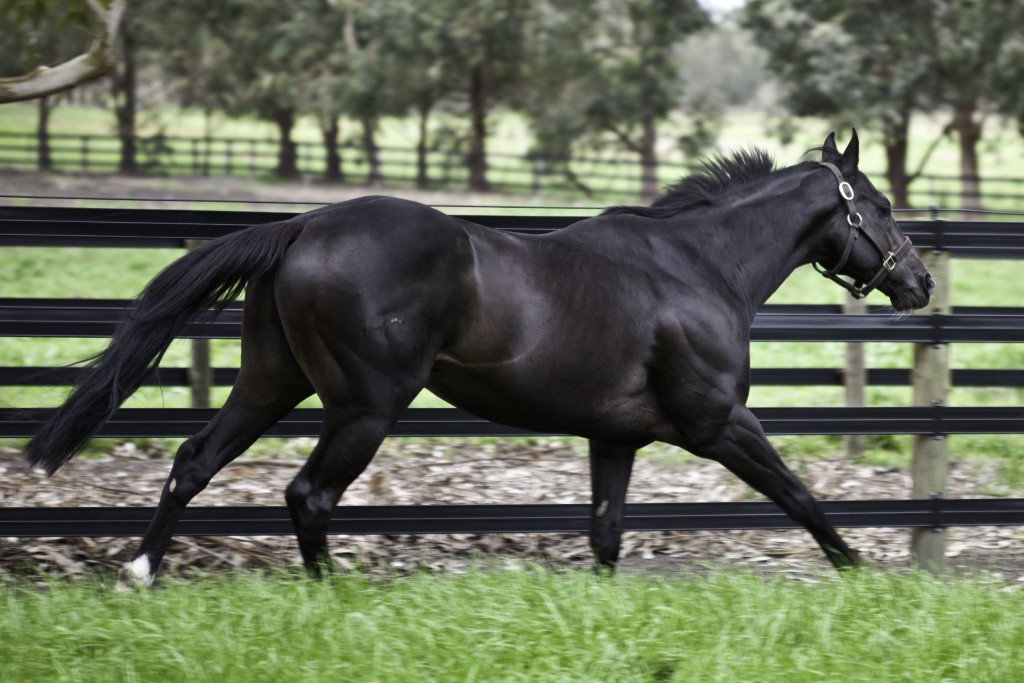