Rangeview Stud stallion So Secret is finishing the season with a winning flourish and there’s more black-type on the horizon in the new season.

His G2 Karrakatta Plate flag-bearer Hobart Jones returns to racing at Belmont this Saturday after a Hong Kong deal fell through.  And King Closet will be set for the LR Hannans Hcp in Kalgoorlie after winning the Vale Raymond Campbell Hcp (1200m) at Belmont last Saturday.

King Closet (4g So Secret – Royal Minx by Royal Abjar) improved his strike-rate to 4 wins in 9 starts thanks to a clever ride by apprentice Jordan Turner.  He pushed off the heels of the front-runners to score by three-quarters of a length from Prohurst Express.

“He’s a nice horse and it’s only his second prep,” trainer Steve Wolfe said.  “He had 59kg today and my stable jockey Shaun McGruddy reckoned we had to use Jordan’s claim.  The 1400 metres of the Hannans won’t be any trouble.”

So Secret (Danetime) has sired city winners Flying Roar, King Closet, Rattlehead and the brothers Baraki Beats & Nullaki in the last month.  His lightly-raced gelding Sin Chao also broke through with a front-running victory at Northam on July 9.

Flying Roar had opened his account at Ascot in January with a victory over Group 1 winning filly Delicacy.  So Secret has three crops racing and there have been 17 winners of 27 races and $849,445 this season.  Flying Roar is his leading earner with $260,500.

Rangeview Stud will offer full relations to Hobart Jones, King Closet and Flying Roar for the 2016 Perth Magic Millions in addition to a three quarter brother-in-blood to Nullaki and Baraki Beats.

Owners Robert and Jody Gray relocated Rangeview from Bullsbrook to Burekup in the south-west last year and the move coincided with the arrival of Galah.  The Group 2 winning son of Redoute’s Choice covered 75 mares in his initial book and the Grays are looking forward to his first foals in August. 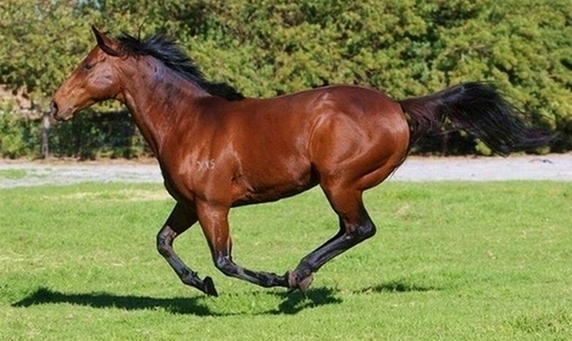