Loopy’s Ladies (2f War Chant – Lady Langham by Danehill) was given a lovely ride behind the leaders by Lucy Warwick before steadying off heels in the Westspeed Plate (1200m).  She ranged up to Rotana Beach and was untroubled to defeat her stablemate by over a length.

“I didn’t think there was much between my fillies before the race and expected them to run one-two,” trainer Neville Parnham said.  “The winner was held up and that probably worked in her favour.  She’s still green and threw a race away here earlier this month.”

Loopy’s Ladies had been placed behind Lord Conrad (Saxon) on July 1 and Chantski (War Chant) on July 18.  “She’s come a long way since first entering the stable,” Parnham continued.  “She’s still progressing and will get a lot stronger.”

War Chant’s first Sunspeed two year-olds conceived at Yarradale Stud have earned $461,455 giving him a comfortable buffer at the top of the first-season table.  He is also in the Top 5 on the national premiership.

She’s the final foal of Lady Langham and is raced by Ron’s wife Lynn, their three daughters, his mother, Lynn’s mother and several other ladies among the extended Sayers clan.

Lynn’s nickname among the family is Loopy! 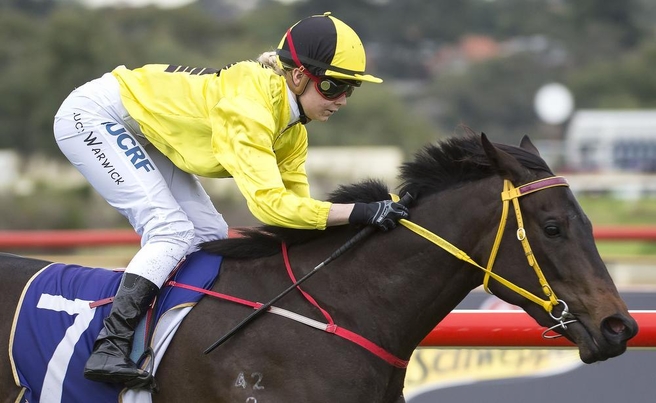