The NZ bred daughter of Lucky Unicorn proved a match for the best fillies in training at three winning the G3 Sunline Vase and being placed in the G1 NZ Oaks and G1 Queensland Oaks & Derby double.

Rock Diva (4m Lucky Unicorn – Bohemian Blues by Blues Traveller) returned earlier this season and was placed in the G2 Avondale Gold Cup before successfully stepping up to 3200 metres at Ellerslie to claim top honours in the G1 Auckland Cup.

“We’re working through the various options as she’s very weather dependent, she doesn’t like bad ground,” trainer Tony Pike said.  “There’s every possibility she will go straight over to Australia.  It will be difficult to place her into the Melbourne Cup with her rating so we’ll have to try and win one of the exemption races on the way through.

“She’s been back in work for a couple of months and the only question mark on her is how she comes up in the spring.  Her best form has been in the autumn.”

Rock Diva is raced by Dato Yap Kim San and the Auckland Cup gave her sire Lucky Unicorn his first Group 1 winner.  He initially stood at Cambridge Stud before relocating to Westbury Park Stud in WA. 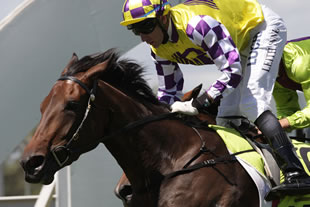