Universal Ruler’s winning double at Belmont on Saturday was a timely reminder to broodmare owners with the covering season just weeks away.

The Scenic Lodge stallion has built up one of the best strike-rates in the nation and he’s available at a $5,500 (plus gst) service fee this year.

Jim Taylor’s filly Rule To Wyn won for the fifth time in the Westspeed 3YO Hcp (1000m) and Darren McAuliffe’s stable star Rebel King prevailed in a hair-raising finish to the LR Bolton Sprint (1200m).

McAuliffe has been one of the young stallion’s major supporters at stud.  “I think the world of Universal Ruler,” he said.  “I bought him at the Perth Magic Millions and broke him in as a yearling.  He was a Group 3 winner and now doing a great job at stud.”

Rebel King (3g Universal Ruler – Rebel Sister by Falbrav) locked in the first stakes win for his sire on Saturday.  He had won four in a row at Belmont as a winter two year-old but failed first-up this season in the LR Belgravia Stakes won by Disposition.

In his only other black-type assignment, Rebel King was runner-up in the LR Beaufine Sprint (1000m) on July 11.  “He’s been up against older horses and that makes it a lot harder,” McAuliffe said.  “Delicacy and Disposition are probably the only three-year-olds here that have been more consistent.”

The Bolton Sprint improved Rebel King’s record to 6 wins and 6 placings in 14 starts for $445,325 in prizemoney and that includes $120,000 in Westspeed bonuses.

Universal Ruler (Scenic) moved past $1 million in earnings for the season last week and his winning strike of 52% is only bettered by I Am Invincible (55%) among Australia’s second-season stallions. 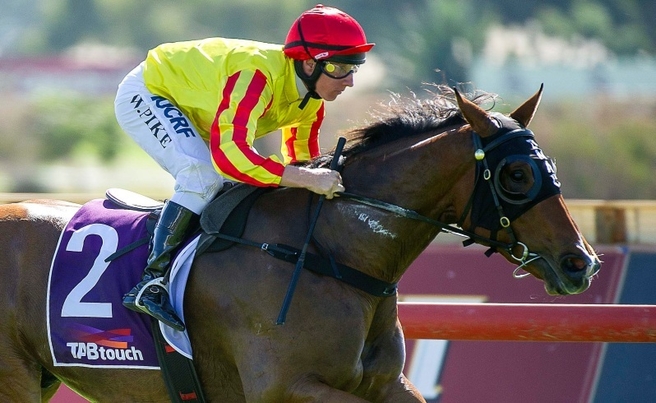