Trainer Pat Shaw and leading owner Fred Crabbia produced Rafaello to score a narrow victory over 1200m at Kranji on Friday.  All the better for a placing on debut last month, he fought back when tackled in the straight to defeat Marine Treasure (Manhattan Rain) by a short-head.

Rafaello (2g Oratorio – Born Bold by Exceed And Excel) peeled off the heels of the leaders to establish a winning lead in the straight before digging deep in the final furlong.  “He’s a good horse but is still green,” jockey Nooresh Juglall said.  “When he hit the front he didn’t know what to do.”

Mungrup Stud’s champion sire got him from a half-sister to Sydney stakes winner Citirecruit (Citidancer) and he was a $47,500 graduate from Yarradale Stud at the 2014 Perth Magic Millions.  “It was a gutsy win – he’s a lovely horse,” Shaw said.  “We will consider putting him over a bit of ground later on.” 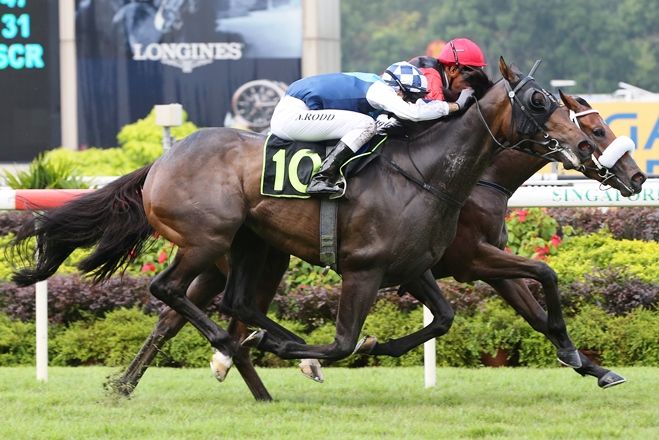