Perth Group 1 winner Ihtsahymn will start his spring campaign at Flemington on August 8.

Managing owner Neville Duncan transferred his 2013 Kingston Town Classic hero from Fred Kersley to Patrick Payne in April.  “We put him out, brought him in and then tipped him back out again,” Payne said.  “I’m glad we gave him a second freshen up.  He’s going so much better this time and has really blossomed.”

Connections have earmarked the LR Aurie’s Star Stakes (1200m) down the straight-six as the launching pad for the rising five year-old in Melbourne.

Duncan combined with Kersley and Payne for career-highs when Perth legend Northerly landed the Caulfield Cup – Cox Plate double in 2002.

Ihtsahymn has won 7 of his 21 starts upto 2200m and a high-rating spelled a limited future back home in WA.  He experienced cardiac arrhythmia when resuming at Ascot last October and was last seen finishing in the back-half of the Perth Cup on New Year’s Day.

His Irish-bred sire Ihtiram (Royal Academy) is best known for getting Australian Horse of the Year Miss Andretti.  He’s 23 and covered a dozen mares at Peter Smith’s property in Jurien Bay last year. 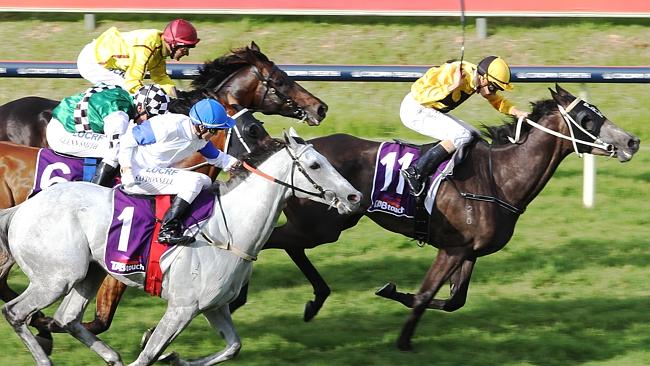